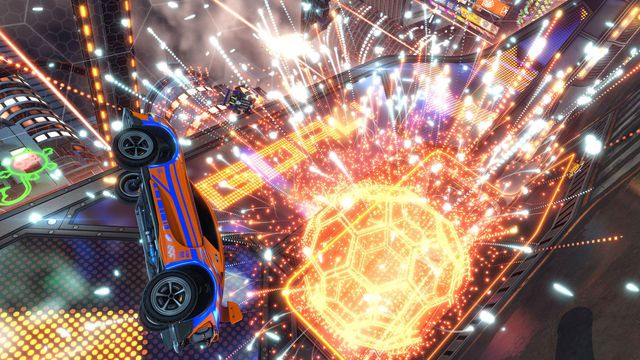 Rocket League’s newest update, which overhauls the game’s XP and progression systems, will roll out to all platforms on Aug. 29, Psyonix announced today.

The Progression Update will be followed, by one week, by the introduction of the “Rocket Pass.” Psyonix said. Both the new XP system and the $9.99 Rocket Pass were announced back in June.

The changes to progression mean that XP will now be earned in online matches, as opposed to offline matches, removes the level cap of 75, and flattens the amount of XP needed to advance a level. Leveling up under the new system earns the player a random item of uncommon or better quality; that replaces the existing system of random drops. Level titles will now be unlocked at certain XP milestones, although all existing titles a player has earned will remain with them.

The Progression Update will also add “Clubs,” which allows players to organize and compete as a team under a custom tag. Clubs will support up to 20 members.

As for Rocket Pass, that will be a premium means of acquiring all of the new content for Rocket League’s currently running event. All of that content can still be earned as unlockables through free play, which Psyonix said back in June would take about 100 hours of play to collect.