Resident Evil: The Final Chapter is Bad, But Are you Really Surprised? 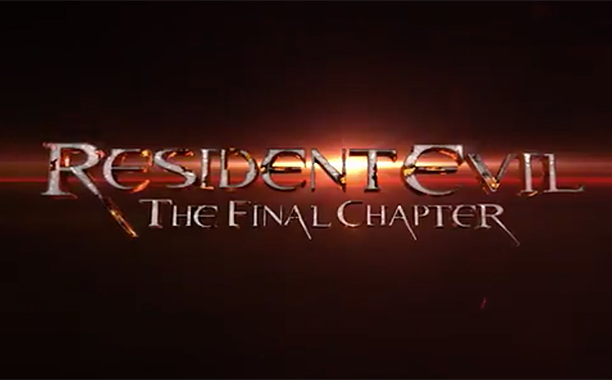 ​
I don't like any of the Resident Evil movies. There, I said it. I know they have their dedicated audience (a franchise doesn't last six features without a loving audience) but they have always baffled me with their existences. I watched all of the previous installments in the franchise to prepare for this one and get caught up, and I really cannot tell the movies apart. The plots are usually pretty identical, the action is always filmed in the same fashion, the threats never seem tangible, and I sit with my eyes glazed over as I watch two hours of nothing unfold in front of me. Whenever a Resident Evil movie finishes, I feel like I just lost two hours of my life. Most of the entries are directed by Hollywood hack fraud Paul W.S. Anderson, the husband of main star Milla Jovovich, and this franchise, at this point, just feels like paychecks for them to go on expensive yacht vacations. This "final" entry only serves as further evidence, with its lazy action, incoherent editing, laughable special effects, and wooden acting that is actually an insult to wood.

Before I tear this film to shreds, however, I want to address the good things about this movie, because there are a few. At 106 minutes, the film doesn't overstay its welcome or feel like it's too long. W.S. Anderson keeps things moving along and doesn't let the movie become plodding. Some of the action is reasonably intense and a few hand-to-hand combat sequences are kind of exciting, but not nearly enough to fawn over. Jovovich looks pretty appealing, and she has been a believable action star in all of these movies. She's able to sell the action heroine of Alice. I especially liked when the movie ended, because it meant I could go home and hopefully never watch a Resident Evil movie again.

This installment, much like the previous ones, are indiscernible from the others. There is an abundance of explosions, limbs being lost, Mlla Jovovich screaming on putting on her "stoic heroine" face, but it's all amounting to nothing. Alice, as a character, has never really been developed, despite there being six movies in this franchise that follow her. I don't know many things about her or many reasons to care about her plight. I just feel like she's a fun action heroine to watch perform ludicrous, CGI-assisted stunts, and is a little eye candy to boot. There really just isn't anything to latch onto with Alice, though, because Anderson spends so much time trying to make her look like a superhero that he forgets to make her a person. She just seems like this entity that's bigger than life, and that the audience can't possibly resonate with because she's just so massive in metaphorical scale. Alice isn't really a character in these movies, but more of a catalyst for Anderson to move from action set piece to action set piece.

​
Speaking of action, let's talk about it. Oh, man, you guys, it's not good. Save for a few fist fights, the action in this movie is a whirlwind of blurry angles, quick cuts, and a lot of camera shaking. It's sort of on-par with the other films in the franchise, but it's somehow a lot worse in this one. The action is completely incoherent and it's so difficult to tell what's going on in any of the action scenes. Hyper-edited visuals occur on-screen and there are a lot of noises to try to guide the audience to figure out what is happening. I guess if you like watching a series of things unfold in front of you, then this movie is for you, but when I watch an action movie I prefer knowing what is happening and what's at stake. Here, all I know is that someone is punching someone else, and absolutely nothing more than that. It's pathetically weak.

I don't really want to get into the plot here. It's so convoluted at this point that I'll spend four paragraphs explaining it, but ironically, it doesn't really even matter. The plot is, again, just a catalyst for Milla Jovovich to throw punches and for Anderson to make a lot of money out of creating the same movie for the fifth time. A few side-characters are still around, but they have less personality than the keys I'm typing on, so do you really care about them? The plots in these movies don't really matter anymore, because the script explains everything that happens to you in the first few minutes. There's always a "last time on Resident Evil" portion of the movie before the movie really starts, and it lasts like five minutes. All I can really say is the plot is thin, pointless, and unexciting.

The acting in this movie is akin to watching someone overdose on Ritalin in their sleep. Everyone is just kind of walking around, waiting for principal photography to finish so they can collect their paychecks and go home. Anderson directs his actors by telling them "You're getting a few million from this role, so just do it and get it over with." I totally just lied, but I wouldn't be surprised if that's all he told his actors because getting the camera rolling. Milla Jovovich seems unbelievably bored while filming this, and I'm sure she is. This is her sixth time around the block as Alice, and I'm sure she's just as tired of it as I am. These don't seem like joyful movies to film, mainly because their tones are all so grim despite the fact that the action is akin to a Saturday morning cartoon. I've seen better acting from liquidating furniture stores.

This is obviously not a movie I recommend you see (unless you love these movies and are going to see them regardless of what anyone says), but are you really surprised? These movies aren't really made for me; they're made for the audience that latched onto the first one, which isn't even necessarily Resident Evil fans at this point. I have no idea how these movies correlate with the games anymore, and I don't think Anderson does either. I think the name is just there for brand recognition so the money will be easy. But, regardless, these movies are made for the same group of hundreds of thousands of people that like these movies, and they will go see this one, too. They aren't made for me because I don't have an attachment or attraction to this franchise. So, if you were a fan of the previous installments, you'll get just as much enjoyment out of this one. If you aren't, then I suppose I don't need to tell you to avoid it, because that was probably your plan this whole time.

Also, this movie ends with Alice saying "My work isn't done yet" so the title of this movie is a big fat lie!
About author