Capcom has recently announced on their official website that they will be releasing a remastered version of Resident Evil. It will be available as a digital download for PC, Xbox One and PS4 early in 2015, and Xbox 360 and PS3 by Christmas same year. In Resident Evil, an elite S.T.A.R.S. (Special Tactics and Rescue Service) team is sent to investigate murders outside Raccoon City. The team is soon attacked by vicious dogs, forcing them to take shelter in a nearby mansion. However, they quickly learn that this mansion is no safer. They will have to fight a range of insane mutants while making sure they ration their ammunition and other supplies to make it last long enough to survive the horrors that might be waiting in the dark.

What they are bringing us here, is a HD remaster of the very popular remake they made for Gamecube and Nintendo Wii in 2002, and not of the original PS1 game they released back in 1996. That might be just as well, considering how terrible it was compared to the breathtaking 2002 version, that with the introduced new visuals and plot elements along with features like defensive weapons, for many still is considered to be the best Resident Evil out there. While there are rumors regarding an entirely new Resident Evil, the HD remaster looks to be an absolutely amazing opportunity for all nostalgic gamers, as this will give you the chance go back and relive the adventures of the infamous Raccoon City. You can return to the Mansion and experience the beginning of the Resident Evil saga again, this time with up to date visuals and sound. 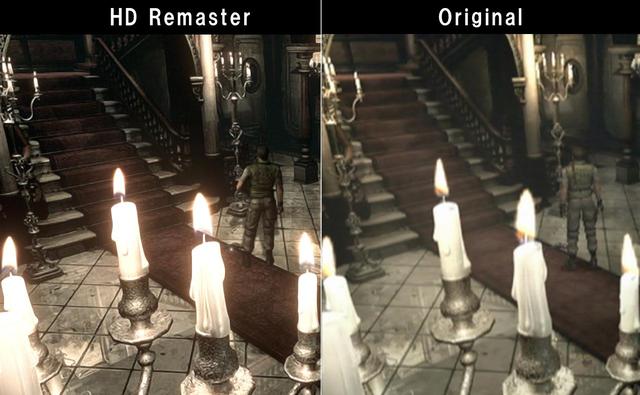 The Resident Evil franchise was a terrible mess for a while, before Resident Evil’s remake, and before Resident Evil 4 came along and picked it back up. As a franchise with a somewhat rocky path behind it, this remaster might just be what it needs to truly get back on the right track. All in all Resident Evil titles have sold over 61 million copies, and with this version being added to online stores, numbers will only keep growing. This may or may not be the Resident Evil news we were expecting, but Capcom has picked this game apart, and put it back together with polished and improved everything, at least that is what they claim. Resolution and textures has been given a serious upgrade, but they emphasize that they have done their utmost to keep the atmosphere and tempo that kept players stuck to the screen all those years ago;

"Using the latest resolution enhancement and 3D model technology, game resolutions and textures have been significantly upgraded, including 1080p support on next-gen consoles, resulting in characters and backgrounds coming to life in greater detail than ever seen before in Resident Evil, Not only will the graphics impress but the tense sound effects have been fully remastered with 5.1 surround support for a greater gaming atmosphere."

Capcom also states that “The classic control scheme remains for fans of the original play style or there’s an alternative scheme where the character moves directly in the direction of the analogue stick, utilizing the standards of the current generation of gaming. Both the control scheme and the display options can be toggled between at any time during gameplay.” 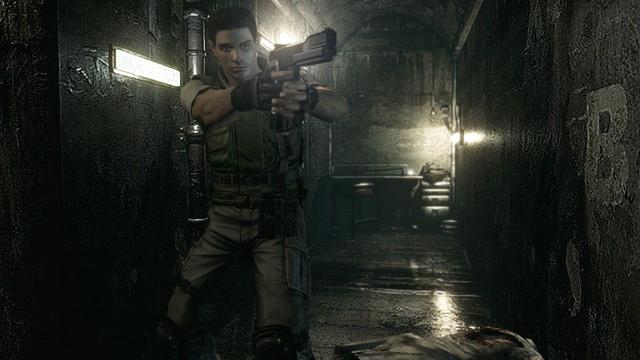 ​
Because Capcom understands how this remaster might be a big deal to dedicated fans of the franchise, they are announcing a Limited Collector’s Edition. This Collector’s Edition will come with a S.T.A.R.S. notebook cover, Resident Evil 2015 notebook, a S.T.A.R.S. model ballpoint pen from Lamy, a S.T.A.R.S. metal clip, a 48 page art guide book and a G. Trevor floor map. The only flaw with this truly limited edition, is that it will be available only in Japan, and just as a PS3 version. This may change in the future, but only time will tell.

Personally, I would love to see this remaster as a sign that Capcom is returning to the roots of this survival horror series. Resident Evil 5 and Resident Evil 6 were co-op shooters more than survival horror games, and it would be great to see Resident Evil 7 bringing back the scares, the tension and the overall atmosphere that made the early games in the series so memorable. But then again, RE5 and RE6 are two of Capcom's top three best-selling games, so a reset might be a little too much to hope for.

(Also, it is worth taking note of the extensive Capcom sale on Xbox 360 over the next few days, as several Resident Evil games and bundles are on that list. Anyone with a free Xbox Live membership can take advantage of the sale, Gold is not required.)

So, will you be sitting on the edge of your seat waiting for this release to scare the living daylights out of you, or will you just wait patiently for Resident Evil 7?