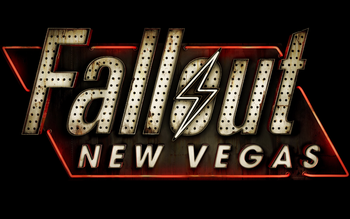 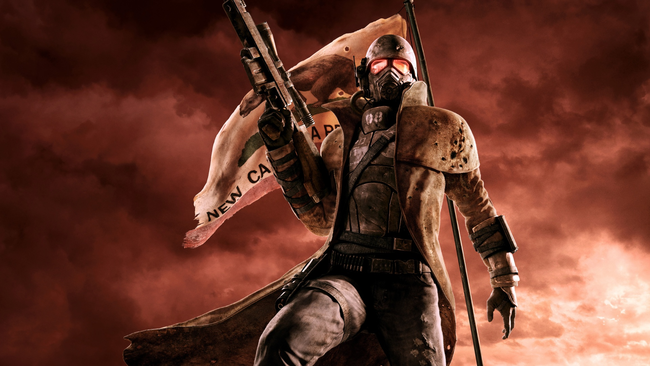 ​
It's been roughly six years since Obsidian's Fallout: New Vegas dropped, and yet, it's as replayable as ever. It's been recently made available on Xbox One through the use of backwards compatibility and has gained some attention once more due to that. Many who haven't played the game have now been given the ability to do so, and those who have, are able to play it yet again. With that being said, it's as good of a time as ever to reminisce about this beloved game.

Releasing in October of 2010, Fallout: New Vegas placed us in the shoes of The Courier as they embarked on a mission to find the man that attempted to kill them, and inevitably getting caught in the middle of an epic civil war taking place all around them in the process. It took place in a post-apocalyptic, barren, and desolate Mojave Wasteland. The game featured a slew of factions and an abundance of outlandish characters, some good, some bad. It was up to you to decide that. It was up to you to decide anything, really. This game is so far from linear and I absolutely love that. It was a game to make yours. You could go where you want, do what you want, team up with who you want, kill who you want, and there is nothing holding you back from that, you can make your character an absolute notorious devil and there's no stopping you from doing just that.

The Mojave Wasteland seems to truly be a love or hate thing, personally, I love it. It's the epitome of open and free. You're in the middle of a desert with tons of cities, caves, landscapes etc. to find and explore, or conquer, if that's your thing. Many of the locations are taken from real life cities or landmarks, such as Primm or Red Rock Canyon (I've actually been there) and it's pretty awesome to see these in-game, alternate reality locations compared to their realistic counterparts. There's quite a lot of adventuring and exploring to be done in this world, and I've really enjoyed every minute of it. There is always new places to find. I've been playing this game off and on since its release, multiple playthroughs, 100's of hours put into it, and I still haven't found everything. It's pretty crazy, to be honest, yet delightfully refreshing and satisfying at the same time.

I'm quite a big fan of the music and the atmosphere it sets in this game. The old time country music in a wide open desert is perfect. Six years later and I still remember the words to most of the songs because they'd always have me singing along with them. It just does such an excellent job at setting the mood and tone that it aims too. From "Big Iron" to "Lone Star", when you're venturing through the Mojave, there's always a catchy tune to hum along to.


​
The combat is definitely one of the low points to be found in this game. It's rather clunky and certainly lacks a considerable measure of immersion. However, the quantity and variety of weapons at least provide a slight saving grace in the sense that you can find satisfaction in exploring for those unique weapons that are sure to bring some finesse to your combat experience whilst patrolling the Mojave. There's quite the variety in ways to "take care of" your enemies. From your everyday bullet munitions to plasma, and everything in between, you'll be sure to find a method you prefer. From that point on, it's just you, your enemies, and your favorite killing toys, and it's a blast. You can annihilate your enemy from tens to hundreds of yards away with an Anti-Material Rifle, because, who doesn't love a 50. caliber? Or, perhaps, chopping them to itty-bitty pieces through the use of something dubbed "The Ripper", a handheld chainsaw, because, why not? Might as well go all out when you have Raiders and Fiends to kill.

Plot-wise, it's up to the player to decide how he wants to go about this ongoing civil war. You can take the term "linear" and throw it out the window because you won't find a trace of that here. You've got a variety of factions to choose from, including but not limited to: The House, The NCR, Caesar's Legion, hell, you can even join those pesky Powder Gangers (for a while) if you so desire. The endgame inevitably lands on Hoover Dam, where you'll see an epic battle take place amongst the aforementioned factions. How you want it to end up, is up to you. It's your character, your choice, and in a sense, your game. Play it as such, and live it to the fullest.

If you're playing New Vegas, you can bet you'll be running into wacky characters throughout the world. Like the music, it perfectly fits that mood it sets. It's humorous, it's outlandish, it's anything but serious, half the time, and I like that. All too often are games meant to be taken so serious or as if it were aiming to be realistic. For the most part, this game does quite the opposite. You have ghouls, for instance, walking, talking, rotten flesh, some of which are religious fanatics who aim to jerry-rig a rocket and fly to "paradise", it's hilarious, and it's only one of many similar stories to find throughout this wild wasteland. Go find them all! 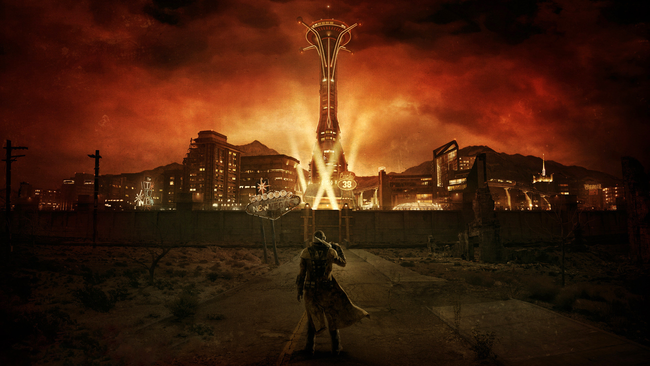 ​
Let us not forget about the actual New Vegas in this game, The Strip. Where you find gambling galore, whores, easily concealed weapons, and everything in between. The gambling is actually quite enjoyable, for what it is. You've got blackjack, roulette, or your typical slot machines. Plenty of ways to come out with a fresh load of caps to blow on whatever your heart desires. Each hotel also has their own side quests, however, I'll avoid spoiling these, as they're quite fun to run along with.

At the end of the day, this is easily one of my favorite RPGs, and arguably, one of my favorite games as well. It's an outlandish, wild, zany, and downright outrageous experience. It's chock full to the brim with crude humor, over the top violence and gore, a fun story to make your own, and overall, fun. It's not something seen too often. With that being said, it's refreshing to see and experience, multiple times even. I've done more playthroughs than I can remember, and with it being backwards compatible, I'll most likely be doing another playthrough. I'm not quite sure how I want to play this one out, as I've done most paths, perhaps an all out devil isn't the worst of ideas.

For those who have been unfortunate enough to not experience this gem, I encourage you to change that. It's a ton of fun. If you enjoy PC gaming, there is an extensive modding community for this game that appeals to nearly every aspect of this game, graphical fidelity, user interface, even added quests or weapons. They took what was already a modular game, and made it even more so. If you're on Xbox One you can take advantage of its recent introduction into the backwards compatible list of games and enjoy it once more. All in all, it's a game that I believe everyone should at least try. You never know, you might end up loving it. I know I have.
About author