Refuge: Only One Can Survive 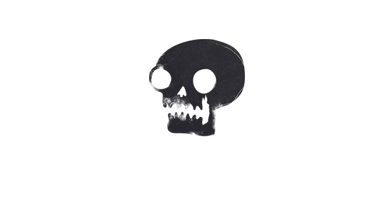 ​
Introducing Refuge, a two-player survival game that brings a twisted take on classic hide and seek gameplay. The developers made the game with one simple goal in mind: kill the other player in whatever way you can. There will be many different ways to hunt down and brutally murder your opponent, but you’ll also be given the chance to take a different route and simply out-sustain the other player. It’s up to you to choose how you want to play and whether or not you’ll be the killer, or the victim. Refuge is inspired by popular games such as Journey, Myst, Bastion, Monument Valley, Limbo, and Ico. The developer wanted to bring players a unique gaming experience based on his own childhood hide-and-seek experiences. The main things the developer wants players to feel when playing are constant, strong feelings of suspense and imminent danger. With every step you take in the game, you should feel as if the next one could be your last.

The story behind Refuge begins and ends with The Ark, a strange structure in the middle of the ocean that has been drawing you towards it since the day you left your mother’s womb. Every single choice you made throughout your entire life was influenced by The Ark and you’ve been completely oblivious to it. The Ark appears to be a gigantic rock with many different buildings sprouting from its surface. You can take refuge in any of these buildings if you choose to do so, just as long as you kill the other beings hiding somewhere on The Ark. As you begin to explore The Ark and what it has to offer, you’ll begin to learn more about its hidden secrets, including its previous occupants.

There will be many different factors in what alters your gameplay in Refuge. Anything from the game’s dynamic weather changing to the temperature and your limited supplies could quickly change how you play in a matter of seconds. You’ll need to worry about each of these things in addition to the location of the other player. You could venture out from whatever hiding place on The Ark to scavenge around for more supplies and weapons, or you can hide and outwit your opponent. Every move you make could take you one step closer to victory, or spell your ultimate demise.

One of the characters you can play as in Refuge is Jeremy Fisher, a former police lieutenant and an avid drinker. Jeremy is violent, and struggles with many addictions, his main one being alcohol. After some time has passed from losing his job, his wife, and what seems like his entire life, Jeremy decides to make a change for the better. On his way to meet his ex-wife he loses control of his car and blacks out and when he comes to, he finds himself on The Ark, with no idea as to how he got there. The game holds many more characters to play as and in Refuge, you are free to choose who you wish to play as on The Ark. Every character has a completely different strategic advantage and a unique backstory about how they found themselves on The Ark. You’ll be able to play as each of these characters and travel with them to ensure their survival on The Ark.

Weapons and supplies are extremely important yet sparse on The Ark. When you begin your journey, you’ll be asked to choose a Starter Pack, which will contain items that are specific to one of two things: surviving or assaulting. Each Starter Pack is entirely randomized, so while your opponent may be hunting you down with a pickaxe, you could be left to defend yourself with a twig. Starter Packs will come with weapons like knives, guns, pickaxes, and more. Anything you can get in a Starter Pack can be found somewhere else on The Ark, so don’t worry if you’re given a weapon you don’t want. Every weapon in Refuge has a 1-10 rating when it comes to lethality. For example, a stick would be rated 1, a hand axe would be rated 7, and a revolver would be rated 10. If you encounter an opponent and your weapon has a higher rating, you’ll win, or you may lose depending on a slight chance of a randomized turn of events. Putting a slight twist on this, characters will come with specific traits that can boost the rating of certain items or weapons. You could trick your opponent into hunting you down, only to reveal your weapon has a higher rating than theirs, thus leaving you as the victor.

Every building and cave in Refuge will come with its own unique interior where you can either hide, or loot for supplies and continue on with your journey. The game forces you to make tough choices when it comes to your survival on The Ark. For example, let's say there are extreme weather conditions on The Ark. Would you choose to camp out in one of the houses on the island, possibly revealing your location to your opponent? Or would you brave the elements, possibly endangering your health to keep your location a secret? In Refuge, you will be able to trace your opponent if they leave you “breadcrumbs” to follow. This could be anything from footprints left in the mud or snow, lit windows and chimney smoke from houses you’re staying in, or leftover food from small campsites. Traces will be highlighted to let a player know what you were, or currently are, doing and the same applies for them as well. Keep an eye out and stay sharp, because if you fail to cover your tracks then it could very well be the last mistake you ever make.

Refuge is set to release in August 2016, check out the Kickstarter page for more details on the game!