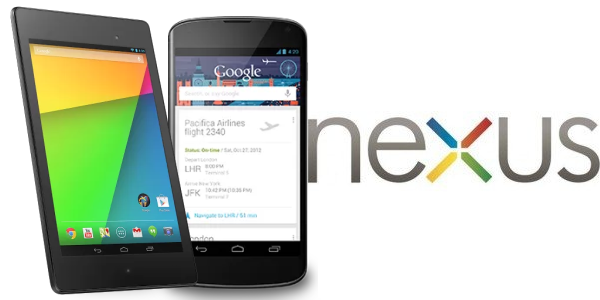 Last year we saw the release of Google’s very own Nexus 7 tablet, Google have now re-released the Nexus 7 tablet, but with a makeover. The Nexus 7 tablet has had a few minor upgrades and has been put on a diet. Compared to the old Nexus 7 the new one is slimmer, taller, and thinner. The device is also lighter in weight.

The new Nexus 7 boasts a higher screen resolution than it’s predecessor, the old resolution being 1080x800 and the new being 1920x1200, other features that are new to the device include 4G network connectivity, which is only available in 32GB and the device will cost more, and a 5MP rear facing camera. Wireless charging has also been added to the Nexus 7, just like the Nexus 4 handset which utilises wireless charging you will need a compatible charging dock.

Will you be picking the new Nexus 7 tablet? Thoughts on the Nexus 4 price cut? Please leave your comments below.
About author