Reddit in Complete Chaos after Important Admin Gets Unexpectedly Fired 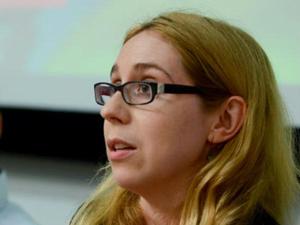 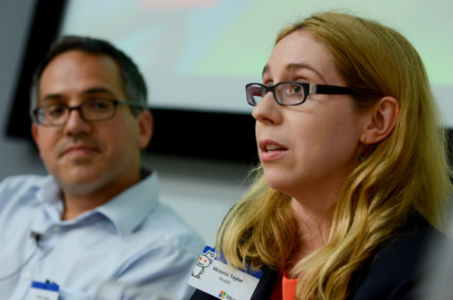 Victoria Taylor (aka /u/chooter)​
Earlier this year, an obscene amount of drama took place on Reddit. After the CEO, Ellen Pao, decided to censor /r/FatPeopleHate for arbitrary reasons, many users were in complete disgust with her actions. It didn’t take long for the frontpage to be filled with hate towards Pao and her actions. Recently, even more drama started to take place as many large subreddits make themselves private.

The drama all started with the firing of an admin, Victoria Taylor (aka /u/chooter). The biggest problem with Victoria being fired is that she was in charge of organizing a majority of the AMAs that take place on Reddit. /r/IAmA moderators were completely unaware and unprepared for her getting fired. As a result, they made their subreddit private and explained, “we need Victoria. Without her, we need to figure out a different way for it to work.”

Since AMAs take place all over Reddit, /r/IAmA was not the only sub that got negatively affected by Victoria leaving. For many subs, Victoria was the main line of communication between the moderators and the admins. She was also the only person who knew how to contact the people who were going to answer the AMAs. Due to this, many other subreddits, such as /r/books, /r/music, and /r/science started to go private. A moderator of /r/books said, “This seems to be a seriously stupid decision. We have several AMAs upcoming in /r/books and have no idea how to contact the authors.”

As time progressed, more and more subreddits started to go private. These subs didn’t necessarily go private because they couldn’t operate without Victoria, but because they wanted to protest the actions taken by the admins of Reddit. A popular message that these subreddits are trying to convey is that the communication between moderators and admins of Reddit is completely broken. A moderator from the popular todayilearned subreddit said, “[The recent actions] illustrates the disconnect between admins and the moderators they depend on. It showed disrespect for the people with planned amas, the moderators, and the users. A little communication can go a long way. There's so much more than that, but one thing at a time.”

Communication isn’t the only issue moderators have. For quite some time, they have felt like they are highly undervalued by the higher-ups of Reddit. Moderators do most of the dirty work to keep Reddit in order, yet they are rarely compensated for their work. Admins have also never supplied mods with all the tools they need. In turn, they often rely on third party software, like /r/toolbox, to fulfill their moderating needs.

Even though the bulk of the drama has already unraveled, there is still a lot of shady things going on with the Reddit admins. Firstly, people started to investigate why Victoria may have gotten fired in the first place. As IBTimes points out, it’s likely because she was unwilling to leave New York and she was against the commercialization of AMAs. Additionally, Reddit admins seem to not be taking this issue too seriously. /u/Kn0thing made a post saying, “Popcorn tastes good,” showing just how entertaining he finds all of this to be. Finally, admins have locked /r/pics moderators out of their own subreddit. Now, /r/pics is one of the only default subs that has yet to go private.

After all the drama with /r/FatPeopleHate and now this, it seems like Ellen Pao is taking Reddit down a slippery slope. Google trends shows that many people are already in search of a Reddit alternative. If things don’t start to change, it won’t be long until Reddit mimics the death of Digg and becomes a site of the past.

If you wish to voice your opinion on the actions of Pao, check out this petition that is attempting to get Pao to step down. Keep in mind that there is no guarantee that this petition will actually result in direct actions. However, it’s still a great place to convey your concerns.

Since this story is still ongoing, I recommend checking out this list of private subreddits, this live feed of events, this /r/OutOfTheLoop recap, and /r/Blackout2015. I will try to update this article if anymore major developments take place.
About author

Why is it stupid? I hate to break it to you but a lot of people use Reddit everyday (myself included) and many people probably don't know what's going on with Reddit right now. A lot of sub-Reddit's are back up but there's still a few down.

Monopolyman put some hard work into this article I'm guessing but good job discrediting it.

I've only used it a few times, but how is this gaming related? Since this Is a "gaming" site.

If you only want to see gaming news, you can use the filters that have been implemented with the new homepage. http://www.se7ensins.com/articles/category/gaming.2/

I respect you because you are a great writer, but I don't think this should be on 7s.

I see no reason for it not to be. Reddit is one of the most popular sites on the Internet and this is rather big news. If something like this happened on another social media website, it would likely be covered. If you really don't want to see this kind of content, you can avoid it by simply reading the title or by using categories/tags/prefixes to filter what you want.

Yeah your right then man. I support this statement.