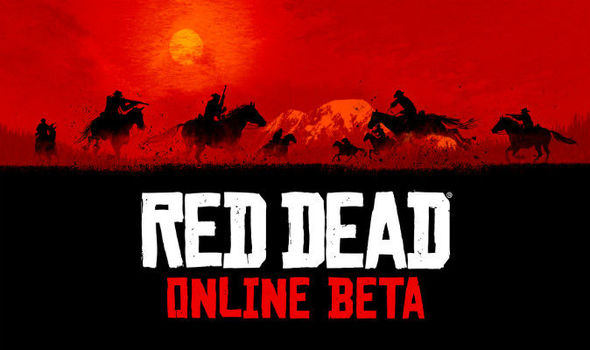 Rockstar Games has a new update for Red Dead Online that brings a bigger battle royale-style mode to the game. Named Gun Rush, the game mode drops up to 32 players into a battle to be the last player standing as they scramble for weapons and ammunition in an ever-shrinking play area. Gun Rush will be available in free-for-all and team variations.

Red Dead Online, the online competitive multiplayer component of Red Dead Redemption 2, already had a game mode based on the battle royale genre known as Make It Count. But that take on battle royale was on a much smaller scale and focused less foraging for weapons than it did on quiet survival. Gun Rush should make battle royale in Red Dead Online a more action-oriented contest.

In addition to Gun Rush, Rockstar outlined what else is coming to Red Dead Online in the coming weeks and months. These include new daily challenges that cover “every aspect of the game, from sharpshooting to evading the law.” There are also changes coming to law and bounty upgrades in an effort to curb player griefing, Rockstar says:


Soon, players will get a bounty for committing crimes and will be incentivized to pay them off within an allotted time. Wait too long and bounty hunters from each of the states will track the player forcing them to either pay up or escape.
​
Changes to the Parley system are also en route to make it easier to avoid aggressive players. “In addition, it will be easier to trigger Feuds, Posse Feuds and Leader Feuds to take on attacking players in the structured competition,” Rockstar said in an official announcement.

Rockstar is also planning to change how player blips appear on Red Dead Online’s map. The plan is to make players more difficult to spot across long distances unless they “grief and kill indiscriminately.” Here’s how that will work:


Player location blips will soon appear only over short distances, reducing the range at which you are visible to others, decreasing the likelihood of being targeted by another player across large areas. Down the line, we’re also looking to introduce the ability to identify players who grief and kill indiscriminately with a progressively darkening blip that becomes more visible and at a longer range, so everyone in a session can identify potentially dangerous opponents at a glance and from a safe distance.
​
Rockstar said that Red Dead Online will stay in beta form for the next few months. The studio plans to add new missions, more dynamic events, new competitive modes, and new weapons and clothing.

Red Dead Redemption 2 and the Red Dead Online beta are available now on PlayStation 4 and Xbox One. Starting today, Xbox One players now have access to a handful of items in Red Dead Online that were previously PS4 exclusive: the Red Chestnut Arabian Horse, Alligator Skin Ranch Cutter Saddle and the High Roller Double-Action Revolver.