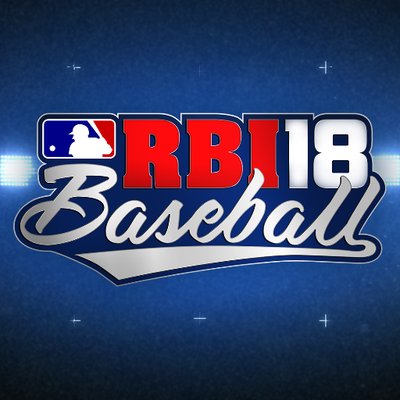 After 20 years away, the R.B.I. Baseball video game series returned in 2014. A new game has been out every year since, and now 2018's title has been announced and detailed.

RBI Baseball 18 launches in March for PS4, Xbox One, and Nintendo Switch. Among the topline new features for this year's game are the Home Run Derby and Franchise modes. Also new for the sequel are new player models and animations, along with visual updates for the ballparks for things like lighting, textures, and crowds. In terms of the player model updates, the game has more than 300 "digitally modeled" player likenesses, in addition to "hundreds" of new animations including player-specific ones.

As for the Franchise mode, this lets you control a team and do all the important things: make trades, sign free agents, draft rookies, etc. You can also mold a player and build their skills over time, eventually culminating in retirement. Franchise mode also lets you add "MLB Legends" to your roster; there are more than 100 of these retired players, including people like Ted Williams, Ozzie Smith, Ken Griffey Jr., and Jeff Bagwell.

The Home Run Derby mode is a head-to-head mode (against a human or CPU) where you simply try to smash as many dingers as you can. Other new features for RBI Baseball 18 include online multiplayer, a soundtrack featuring songs from "popular" artists, and a system that updates player statistics as the real-world season progresses.

RBI Baseball 18 is billed as the "most significant update" since the series was revived in 2014. It's out in March for $30 on Xbox One, PS4, and Switch, while there will also be $7 mobile versions for iOS and Android devices.

This game, and the ones that came before it, is developed by Major League Baseball own's MLB Advanced Media division. Francisco Lindor, the All-Star Cleveland Indians shortstop, is on the cover.

As has been the case in recent years, part of the appeal of RBI Baseball over a series like MLB The Show is that the controls are very simple. It is basically a more stripped-down, arcade style take on pro baseball. However, last year's game left something to be desired, so hopefully the 2018 edition fares better.

Sony's MLB The Show series is expected to return in March/April as well for PS4, ahead of the start of the 2018 season in April.