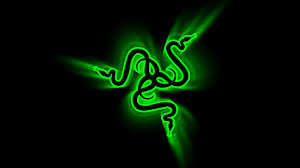 Gaming peripheral manufacturer Razer announced that it's getting into the smartphone business with what's simply called The Razer Phone. It packs high-end specs into an Android-based device that's focused on mobile gaming. It's a first for the company, and Razer doesn't seem to be skimping out on its debut, judging from the technical details.

The Razer Phone will be the first smartphone with a 120 Hz refresh rate display, meaning it can effectively produce 120 frames-per-second; for reference, most phone screens are 60 Hz displays. On top of that, the 5.7-inch LCD screen renders a QHD 1440p resolution (2560x1440) and uses Ultramotion adaptive frame syncing tech (actively matching refresh rate to real-time framerate) to eliminate screen tearing.


Powering the phone is Qualcomm's Snapdragon 835 mobile processor and 8GB of DDR4 RAM. It's also equipped with Dolby Atmos in the dual front-facing speakers. Like the new Apple iPhones, the Razer Phone will not have a 3.5mm audio jack, but it will come with a USB-C adapter. Since the USB-C port is used for data transfer and charging, wired headphones cannot be used simultaneously.

​
The Razer Phone design with MOBA Arena of Valor mock-up over the screen.

​
The phone has a 4,000 mAh lithium-ion battery, which is said to be on the top-end when it comes to battery capacity for smartphones. Rapid charging is enabled through Qualcomm's Quick Charge 4.0+ technology. However, Razer hasn't given estimates on battery life duration for any type of conditions, although the Game Booster app will let users tinker power and performance of the phone.

As for typical phone features, it has two 12 megapixel cameras on the back, one with a wide-angle lens and the other with a zoomed telephoto lens. There is also a front-facing 8 megapixel camera. 64GB of internal storage comes with the phone, but you can use external storage through a microSD card up to 2TB. The Razer Phone itself is housed in an aluminum chassis, and measures in at 6.2 x 3.1 x 0.3 inches and weighs 197 grams / 6.9 ounces.

Pre-orders are now live for the Razer Phone through Razer's official website, Three (in Europe), Amazon and select Microsoft stores in the US. and will launch on November 17. 1,337 special edition units will be available, which feature the green Razer logo. The Razer Phone releases in North America, United Kingdom, Ireland, Germany, France, Denmark, and Sweden for $700 USD / £700 GBP / €750 Euro.