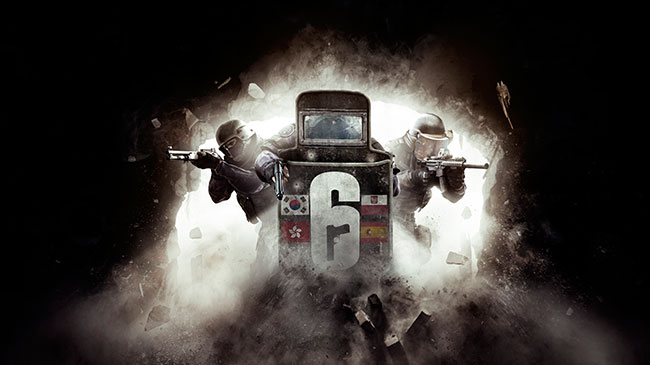 A new update for Rainbow Six Siege is set to launch on all platforms--PC, PS4, and Xbox One--on Tuesday, May 1, Ubisoft has announced. Rather than introduce new features, it deals primarily with balance changes, including the much-anticipated nerf to Lion, the Operator who has been widely considered overpowered since the launch of Year 3.

Ubisoft outlined its plans for balance changes recently, and update 1.2 implements many of them. When it comes to Lion, the character's gadget (a drone that outlines players for the enemy team) has been toned down significantly. Now, when it's used, players can stop moving to remove the outline. Additionally, Lion can only use the scan twice per round, rather than three times, and its cooldown increases from 10 seconds to 20.

The changes to Lion are undoubtedly the most significant, but other characters see tweaks in this patch as well. Blitz's Shield Flash loses a charge and range; Hibana's claymore is replaced with a breaching charge; Jager's Magpie won't destroy Hibana's X-KAIROS pellets, and Ying gets a claymore in place of smoke grenades. Additionally, Vigil's Electronic Rendering Cloak now works differently--it uses its charge in 12 seconds, rather than 30, but it recharges in only six seconds, rather than 12.

The remainder of the update deals with adjustments to damage dealt by light machine guns (in short, several get a damage boost) and fixing various bugs. These are outlined in full on the Siege website.

Year 3 of Rainbow Six Siege's post-launch support began in March, when two new Operators, Lion and Finka, were added. We don't yet know what's next for the game, although the next Operators may have leaked. The Lion nerf is a move that's been highly anticipated, and even Ubisoft has admitted in a frank fashion that it didn't do enough to fix him before release.

"There are clear limitations and flaws in our pipeline when it comes to testing and iterating on Operator balancing before releasing them," game designer Jean-Baptiste Hallé said in a recent Reddit AMA. "We have Pro players come in early to test content, but we don't get a full picture as it is limited in time and the number of players involved. Also, we don't always have the time to correct the issues that they spot during these sessions.

"For example, on Lion, they did spot that the full outline detection was problematic. We did not have time to modify that system before the release of the Operator. This shows that we have room for improvement in our iteration pipeline. We are working on ways to improve the feedback to iteration loop for Operators pre-release."