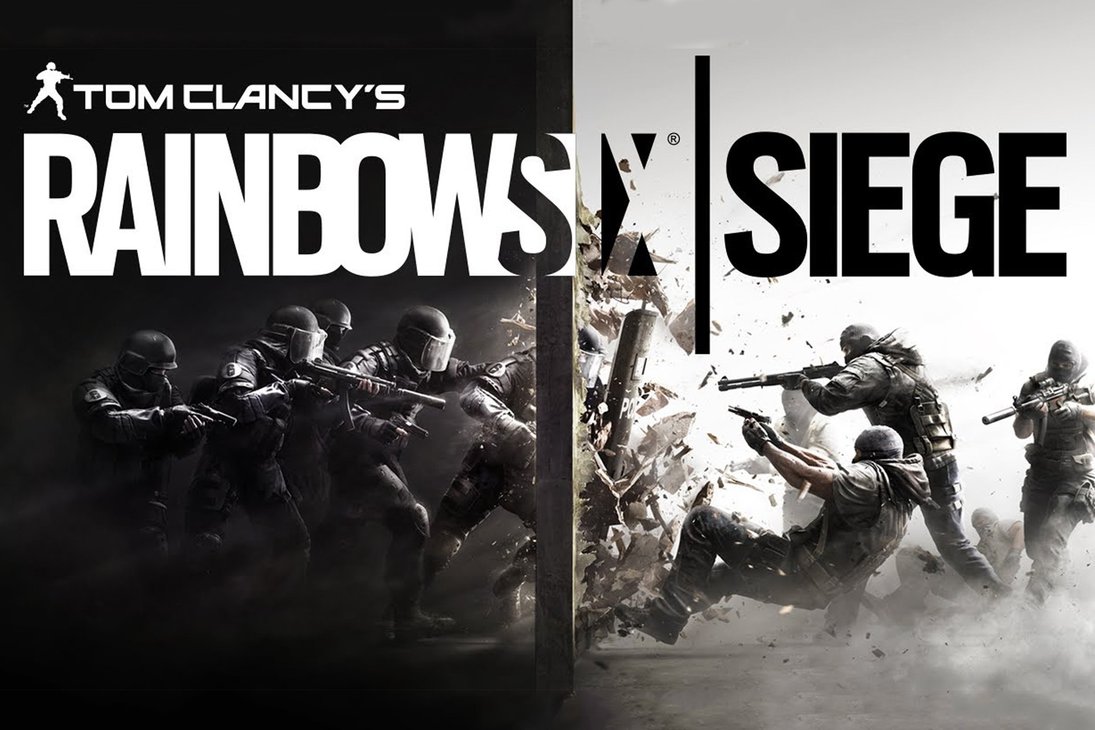 Earlier today, Ubisoft announced the new Starter Edition for Rainbow Six Siege for PC players. For many people, this will offer a more inexpensive way to begin the game. Starting June 2, the Starter Edition of the game will be available for $15 on PC for a period of two weeks on either Steam or UPlay, ending on June 19.

The Starter Edition will include access to the same maps, modes, level progression system, weapon options, downloadable content, servers, and matchmaking options as the standard version, with no restrictions, but the way players will be unlocking operators has changed. 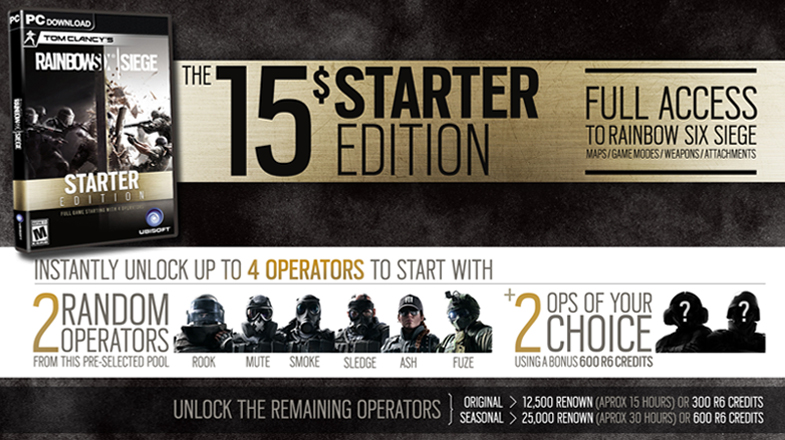 The Rainbow Six Siege Starter Edition will give you access to two of six random starting operators, those being Rook, Sledge, Ash, Fuze, Mute, and Smoke. Players will also be receiving 600 R6 credits, which can be spent to obtain two more starters, one seasonal operator, or other in-game items.

Players will also be able to unlock the other operators through either time or money. You can buy additional operators in the Starter Edition by earning 12,500 renown through gameplay (compared to 500-2,000 renown in the Standard Edition) or by purchasing them with R6 credits. The Starter Edition also works with the Season Pass, which grants immediate access to the eight post-launch Operators being added throughout 2016.

In other Rainbow Six Siege news, Update 3.2 was released for PlayStation 4 and Xbox One on June 1. The update has fixed many issues from fixing the rappel clipping exploit to the character positioning issue. The full patch notes can be found on Ubisoft's forum located here.