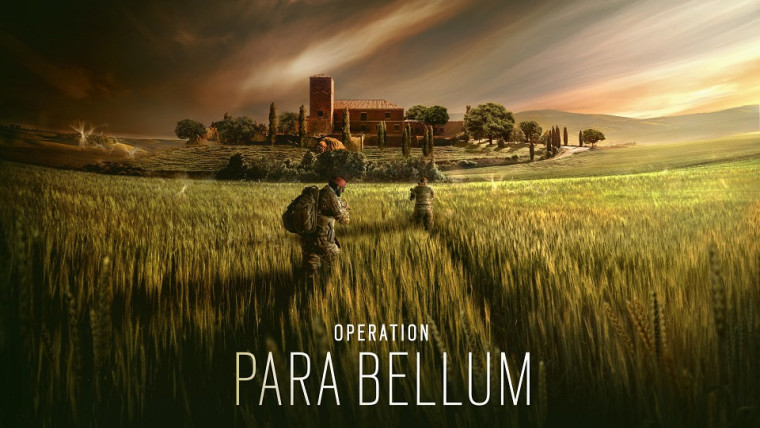 Rainbow Six Siege's Operation Para Bellum has begun, with a new update available for download that includes a new map, Villa, for all and two new defender operators, Alibi and Maestro, that are exclusive to season pass holders for a week. The DLC marks the launch of Siege's second season of their third year and is one of the game's largest updates to date.

Both operators are members of the Italian G.I.S. and will automatically unlock for any players who have Siege's Year 3 pass. Alibi's Prisma ability allows her to create a holographic copy of herself in an idle position. When deployed outside, the attacking team will receive a false "Defender Outside" warning. Regardless of where the hologram is deployed, Alibi is immediately alerted when her double is attacked, and the attacker is briefly marked for the entire defending team to see.

Maestro's Evil Eye is a remote-controlled turret that can see through the smoke and fire laser beams. The turret acts as a bulletproof camera upon deployment. However, once Maestro chooses to open fire, the turret's core is exposed and attacking operators are able to destroy it.

Villa is Siege's 20th map and the newest edition to Ranked play (replacing Tower). Ubisoft describes the map as the Italian home to a "dangerous crime family known for their smuggling activities." Team Rainbow is raiding the villa as the family is in retreat.

Operation Para Bellum comes with a few other changes. In Custom games, players will now be able to utilize the Pick & Ban system. Ubisoft describes this new feature as "an extra layer of strategy between teams, as each side tries to counter their opponents' picks during the banning phase." The latest patch also adds deployable bulletproof cameras, a new animation for destroying the diffuser on Bomb, adjustments to both drop-shotting and operators' speed, new observation tool management, buffs for the operator Echo and map Clubhouse, and a new Discovery playlist.