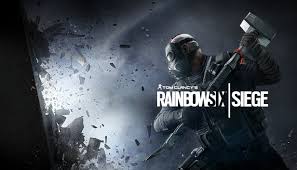 Ubisoft's staggered rollout of the next big expansion for Rainbow Six Siege, Ember Rise, has begun. The update is being deployed to PS4, PC, and Xbox One in that order, and all players should have access to it following a maintenance period. Ember Rise is a huge update for the game, introducing new operators and a slate of other content, changes, and improvements. The full patch notes are extensive, outlining everything that's new and different.

As with any expansion, it's the playable characters who are the big highlight. Ember Rise adds two operators: Amaru, an attacker, and Goyo, a defender. Amaru comes equipped with the Garra Hook, which allows her to latch onto ledges, windows, and other openings to climb through. Goyo utilizes the Volcán Shield, which functions as a standard deployable shield but is equipped with explosives that can take out attackers trying to get around it.

Ember Rise also marks the initial implementation of the battle pass. This will arrive in full during Season 4, but for now, we get what Ubisoft refers to as the "mini" battle pass. "Call Me Harry," as it's been dubbed, is available for free and focuses on Rainbow director Dr Harishva "Harry" Pandey. You'll earn points as you play that unlock various rewards. Ubisoft says it will be using this as a "learning experience" to guide how the battle pass operates in the future.

The Kanal map gets a rework, as an additional bridge has been added, areas have been expanded, the bomb sites have been either moved or updated, and new bomb sites have been added. Maps for each playlist are also rotating, and Casual will now be home to 14 maps instead of 20, while Ranked and the new Unranked will have 12 instead of 14. Casual will see three maps rotate in and out monthly, and the playlist will no longer be home tonight mode maps.

The aforementioned new Unranked playlist has been added to help players practice and work their way toward taking on Ranked, but without risking their rank or MMR. For those who are playing Ranked, a new Champions rank has been added that stands above Diamond. The top 9,999 players within Champions will each be individually ranked, though falling outside of that group won't kick you out of Champions--provided you stay above 5,000 MMR.

Ubisoft will now dish out harsher penalties to players who leave Ranked or Unranked matches; each subsequent instance will cause the suspension to be longer, and they'll be unable to access other playlists until the match they quit out of has ended. The developer is also looking to deal with idle players and will cause those who don't move during the preparation phase to drop the defuser if they're carrying it. The idle player will also be warned when they're about to be kicked.

There are numerous other changes--Operator balance tweaks, price reductions for certain Operators, a change to the Operators selection screen, new cosmetics, and much more. You can get the full rundown on Ubisoft's website or see some more highlights below.


We have made the movement penalty when looking through smokeless punishing, so you now reach your final opacity level more quickly, and suffer less opacity restriction when making small movements.


We will be releasing the new Deployable Shield that has been on the Test Server for the past few months. We are looking forward to your feedback!


We are implementing Thatcher’s debuff icon when Defenders are under the effect of Thatcher's EMP grenades.


We will be implementing a limit to the MMR gap between party members. There cannot be a bigger gap than 1000 MMR between the players with the highest and lowest MMR in the squad in order to play Ranked. Players can check their squad members' MMR in the Side Panel Profile.


Vault Distance has been reduced from 2.5m to 2m.

These changes have no impact on gameplay, and only affect animations that your Operator does on your own screen, locally. That said, this is the final step in correcting weapon sights, as they are now “code-driven” under this new structure.