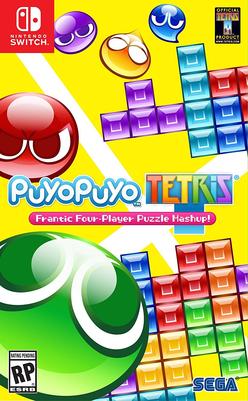 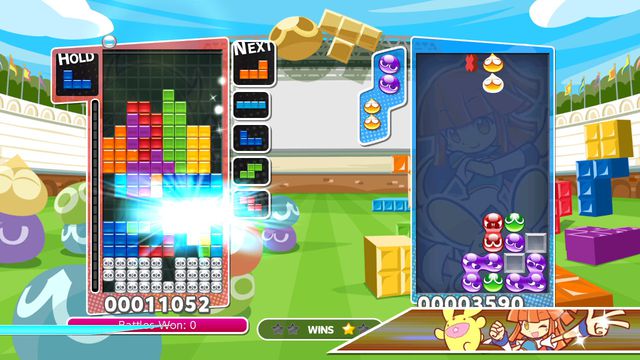 Sega’s mash up of the Tetris and Puyo Puyo series, the aptly named Puyo Puyo Tetris, will come to Nintendo Switch and PlayStation 4 on April 25 in North America. Sega will release the game in Europe a few days later on April 28.

The Switch version of Puyo Puyo Tetris will be available to purchase digitally for $29.99 and physically — on a Switch game card — for $39.99. PS4 owners will only have the option to buy the game on disc, however. That version will cost $29.99.


Versus - Players compete head-to-head in either Puyo Puyo or Tetris to fight in the puzzle fight of their life.

Swap - Players' abilities are put to the ultimate test when they compete on both Puyo Puyo and Tetris boards, which switch back and forth at set intervals.

Fusion - A true hybrid game where players compete with Puyos and Tetriminos together on the same board, requiring deft, on-the-fly thinking to become victorious.

Big Bang - It's a race to the finish as players compete against each other to clear unique challenge boards as quickly as possible to win.

Party - Players compete on Puyo or Tetris boards, but the puzzles feature special items that when activated either help players or harm their opponents.
​
Puyo Puyo Tetris was developed by Sonic Team and originally released in February 2014 in Japan.