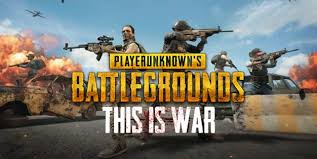 PlayerUnknown's Battlegrounds is getting a new update on PC, and it's a big one. Update 12 introduces a new weapon--the SLR--and a new vehicle on Miramar. It also kicks off the start of the new ranked season, adds the ability to select which map you want to play, and brings a bunch of balance changes.

The SLR is a new DMR that uses 7.62mm rounds and contains 10 bullets per magazine (or 20 when extended). Developer PUBG Corp. notes the SLR is more powerful than the SKS, but also comes with more recoil.

Miramar's new vehicle, meanwhile, is a muscle car named the Mirado. PUBG Corp. says the car contains four seats and can be found in downtown areas and on main city streets. The developer states the Mirado is "the fastest way to blaze down a highway."

This is the same update that made its way to the test server just recently; it will be released for the live game after PUBG's servers recover from scheduled maintenance. That downtime is expected to start at 7 PM PT / 10 PM ET on May 2 (3 AM BST / midday AET on May 3) and to last for four hours. The servers coming back online will mark the start of the new ranked season after the current season ended just recently.

This update also brings with it a bunch of new attachments, including the duckbill for shotguns that reduces vertical pellet spread, several grips, and two new scopes. Here's how PUBG Corp. describes them all:
The weapon balance changes, meanwhile, have been discussed previously and are fairly extensive. In short, the goal is to make more weapons viable so that assault rifles are not so widely considered the best option at all times. It sees a drop in damage for a number of assault rifles, but an increase for various pistols, SMGs, and LMGs.

Other adjustments include Level 3 helmets now only being found in supply drops, improvements to Miramar (the addition and removal of some buildings and cover), and a variety of bug fixes. You can see the full patch notes for Update 12 on Steam.