A video introducing the game’s Season 4 tells a partial story of the Erangel map. Spoiler alert, the narrator is the lone survivor of an airborne invasion and some fierce fighting there. (As one wiseguy mentioned in the YouTube comments: “That guy got the very first chicken dinner. And it was a pacifist win.”) Fast forward through the “?????” and “Profit!” phase of his life, and now he’s a zillionaire who organizes and watches huge mercenary free-for-all battles in his ravaged homeland.

Erangel is the first map in the game, so if PUBG is going to have an official story, it might as well start there. Erangel itself is a nod to the game’s origins as an Arma 2 mod, as Arma 2 is set in a fictitious post-Soviet state bordering Russia. 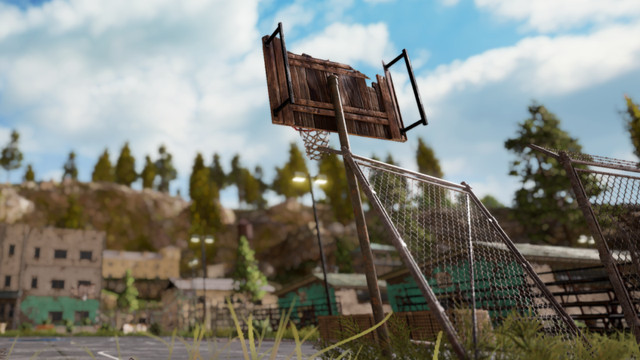 As players have noted, there are plenty of unofficial lore videos out there, many of them multi-part sagas, each at the YouTube recommend bot’s optimal length of 10 minutes. This one from PUBG Corp itself doesn’t go into as much depth but, hey, it’s canonical and the indie videos aren’t.

PUBG’s latest big patch arrived at the end of June and it delivered the BRDM-2 fighting vehicle and a proper Deagle to the arsenal, among a ton of other changes, upgrades, and updates. That patch will be coming to Xbox One and PlayStation 4 at the end of this month. Season 4 gets going July 24 on Windows PC; the new content it features is already in the public test server for that platform.