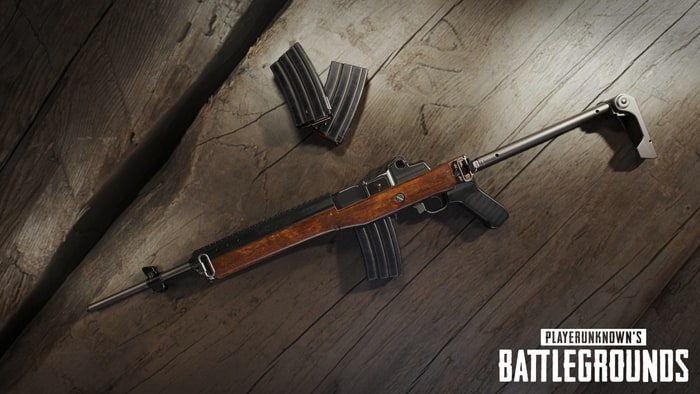 Another update is on the way soon to PlayerUnknown's Battlegrounds on PC. Developer PUBG Corp. has deployed a new build of the game to the test server, giving players a chance to try out a new weapon skin system and other features before they roll out for the live game soon.

The weapon skin system, as you can gather from its name, gives players the ability to customize their weapons' appearance. Players will be able to acquire different skins for their guns through new types of loot boxes, which can then be applied to the weapons through the Customization menu.

Skins will be available from two new types of loot boxes: Triumph and Raider. The former is a random, weekly crate that can only be opened with real-money keys; the latter is a type of non-random loot box that doesn't require a key to unlock. However, it is possible to get duplicate weapon skins, even from the premium loot boxes. You can take a look at some of the skins we've acquired so far in the gallery below.

PUBG Corp. has also announced it will implement region-locking measures in the game. "One of the solutions we are considering is operating servers so that only those players who reside in that region can connect and play," PUBG Corp. wrote in a post on the Steam forums. "Through this new approach, we are aiming to provide a better gameplay experience as it will improve network issues and help with linguistic barriers."

In addition to that, the forthcoming update addresses a handful of bugs. four-hour round of server maintenance beginning at 7 PM PT / 10 PM ET. In the meantime, you can find the full patch notes for PUBG's update on Steam.