PSX 2015: Destiny to Get a Sparrow Racing League 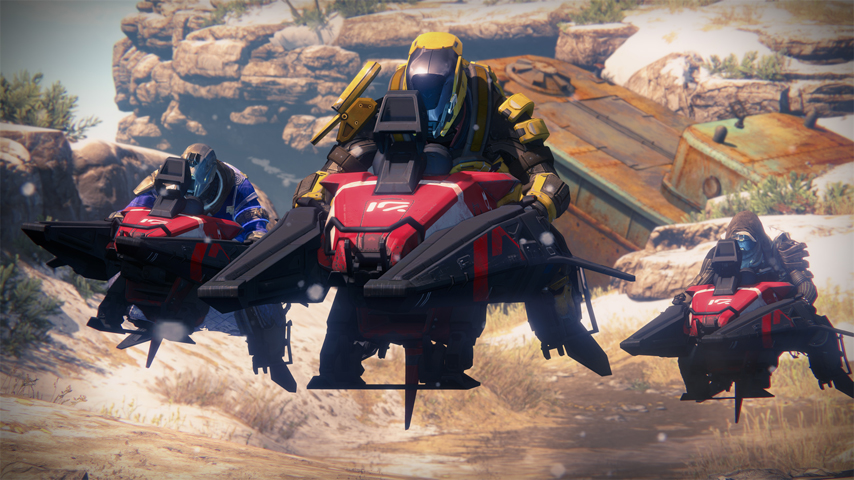 ​
Today is the first day of Sony's highly anticipated yearly event, the PlayStation Experience. Every year companies in the video game industry, big and small alike, come to unveil new ideas, announce new games and wow us all with the latest and greatest designs.

One of those companies is Bungie, gaming giant and developer of the hit game Destiny: The Taken King. For many gamers, this was the keynote to watch for today, as everyone eagerly anticipated what they believed was to be Bungie's announcement for the next expansion. Sadly, we didn't hear anything about any new DLC today, but Bungie made up for it by announcing what may be the most requested addition to PvP, Sparrow Racing. They're dubbing it the Sparrow Racing League, and it's set to debut on December 8. Named after the popular, but unofficial, league of the same name on Reddit, this league will run for three weeks in what I assume is a trial period set by Bungie to determine how popular it will actually be.

The races will consist of six players, battling it out in a death race through hostile territory loaded with enemies shooting at you. This isn't for the faint of heart, not only will the game's enemies be shooting at you, your fellow racers will be coming for you as well, trying to knock you into obstacles, off course and into certain destruction.

Of course with the addition of a new PvP game type comes new loot. Bungie announced that we will see new Sparrows and gear for competing, with the gear likely giving boosts to Sparrow handling, speed, and some variations to the Sparrow's aesthetics.

Once the League has been implemented, you will want to go and see Amanda Holiday, tower shipwright and sparrow enthusiast, to begin your races. Also, be sure to stop by Eververse and talk to Tess, she's sure to have a little something to impress your fellow racers!