PS4's Nier: Automata Gets a Free Demo Later This Month 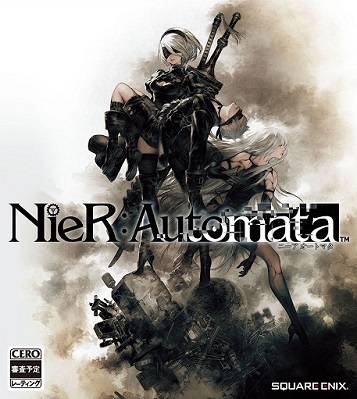 Shortly after announcing a release date for it, Square Enix today confirmed a demo for Nier: Automata that arrives soon.

Automata's demo launches on the PS4's PlayStation Store on December 22. There's no word on how expansive it will be, or what it will consist of. "With an abandoned factory as the backdrop, the demo follows android 2B's mission to destroy a massive enemy weapon that lies within," the press release states.

​
Currently, here's no word on a PC release for the demo but, Automata is coming to both Steam and PS4 in 2017, but only the PS4 version has a specific date: March 7.

Besides the dates, Square Enix also recently announced two different versions of the game. A Day One edition, that will come with reversible box art and digital content, and a Black Box edition, which includes: a special box, 2B Figurine, art book, steelbook case, soundtrack, and the Day One edition's digital goodies. However, the Black Box edition is only available through Square Enix's online store, where it's priced at $190. 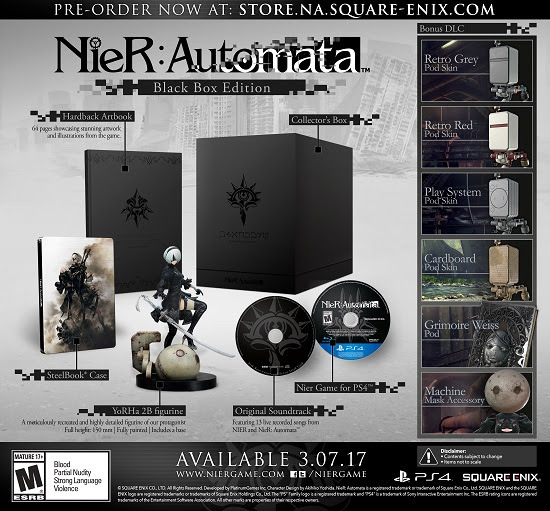 ​
You can check out a new gameplay trailer released at PSX last weekend above. For more, check out our impressions of the game here.