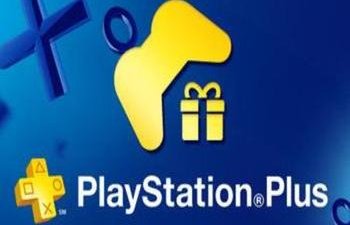 Starting off, members will be able to download and play an action role-playing game called Lord of the Fallen. Lord of the Fallen will only be available for PlayStation 4 and it will allow players to take a journey through mysterious environments to battle beastly and disfigured enemies, including bosses, using melee weapons. The second PlayStation Plus title is Journey. Journey is an indie game that will be available for PlayStation 4 and PlayStation 3. Players control a robed figure in a vast desert, traveling toward a mountain the distance. Other players can meet with each other, but can only communicate by musical chime. The third free game title is Prince of Persia: The Forgotten Sands, which will only be available on PlayStation 3. Players will play as the prince and will ride through the desert with his horse on the quest to see his brother.

Continuing with the rest of the lineup, we move on to the fourth game, Datura, which will only be available for PlayStation 3. In this game players will navigate their way through a mysterious forest and try to get out. The fifth free game will be Badland, a single and multiplayer puzzle game that will be available on PS Vita, PlayStation 3, and PlayStation 4. Players will have to solve each and every puzzle through four stages, which includes Dawn, Noon, Dusk, and Night. Last but not least, Sony announced Amnesia: Memories, which will only be available on PS Vita. Players will have to find the truth behind your amnesia by choosing from five romantic paths, which is each its own world.

What do you think about the lineup? Will you be playing any of these games? Let us know what you think in the comments below.