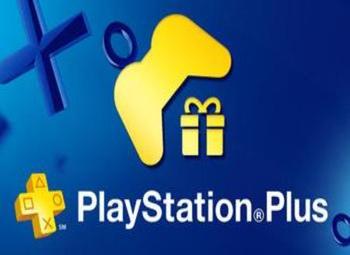 ​
It's that time of the month. Sony has just announced the 6 games that will be free to download for users that have PlayStation Plus. There will be 2 featured games on 3 different Sony platforms, those platforms include PS4, PS3, and PS Vita. In order to download these games you must have PlayStation Plus. You can buy a subscription anytime within the month of March and still be able to play and download these games.

Starting off, members will be able to download and play a side-scrolling and gun platform video game called Broforce. Broforce will only be available on PlayStation 4 which will allow players to play as a character called 'bro' who is a hypermasculine action hero. The objective of the game is to fight terrorists and rescue his bro teammates and prisoners of war from captivity. The second PlayStation Plus title is Galak-Z. It's a shooter that will only be available on PlayStation 4. The objective of the game is to shoot roguelike elements that will try to fight back and destroy you. The game levels are generated differently each playthrough and are connected to an endless dungeon. The third free game title is The Last Guy, which will only be available on PlayStation 3. It's a rescue game in which player characters must guide civilians to escape monster infested cities.

Continuing with the rest of the lineup, Sony will present the fourth free game which will be Super Stardust HD, a shooters game that will only be available for PlayStation 3. In this game players control a space fighter craft that can move anywhere around the planet, while firing at enemies and other space objects that look to destroy the spacecraft. The fifth free game will be Flame Over, a fire-fighting action roguelike video game which will allow you to guide your heroic firefighter, Blaze Carruthers, up through floors of burning building to extinguish all fires and rescue all workers. Flame Over will only be available on PS Vita. Last, but not least, Sony announced Reality Fighters which will only be available on PS Vita. Reality Fighters is a fighting game where players can take a photo of themselves to become a video game character. Single player and online play will be available, to show off over 8 trillion different fighter combinations. All these games will be available starting March 1st.


​
What do you think about the lineup? Will you be playing any of these games? Let us know what you think in the comments below.