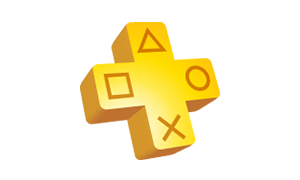 As March draws to an end, the free games for both the Microsoft consoles and Sony consoles for the following month begin to surface. If you haven't already done so, make sure to check out the Games with Gold listing for April by clicking here. Enough with this Xbox talk though, as Sony have revealed the 6 free games that players across various Sony platforms will receive in April.

Focusing on the PS4 here, gamers will be graced with Dead Star, a team based shooter with RPG elements to it. What makes this title unique is that this game is actually being launched through PlayStation Plus. This is probably in hopes of building up a large fanbase for the game very quickly. As mentioned, the game is very team based and players will never be left out of the action in the massive 20 player lobbies.

The second PS4 game that'll be available for gamers is Zombi, a horror game played through the first person perspective. Zombi is exactly what you expect it to be, Zelkaar a zombie killing horror game. We've been seeing more and more of these types of games recently, for better or for worse. The game is set in London, which is something quite unique for games of this nature.

The other games available for the PS3 and PS Vita are quite underwhelming compared to what is being offered on Xbox in April, in my opinion at least. For the PS3 you can pickup I Am Alive and Savage Moon, while on the PS Vita you can grab A Virus Named Tom and Shutshimi. What do you think? Are you excited to play these free games? Leave your thoughts below!