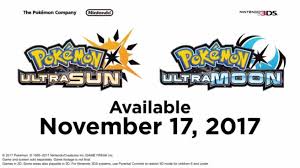 The announcement was made during a special Pokemon themed Nintendo Direct, during which developer Game Freak's Junichi Masuda said Ultra Sun and Ultra Moon will have an "alternate story."

Additionally, it will feature Pokemon that didn't appear in original versions of the game, but these were not named or shown off.

According to Masuda "new features will allow you to enjoy your adventure even more," but he didn't elaborate on what these features are any further.

During the Direct, Nintendo also announced Pokken Tournament will be released for Switch. It will feature fighters, including grass and ghost type Pokemon Decidueyi. The game will be showcased further at Nintendo's Treehouse Live events during E3.

For those in the mood for something classic, Pokemon Gold and Silver are also being released for Virtual Console on the Nintendo 3DS.