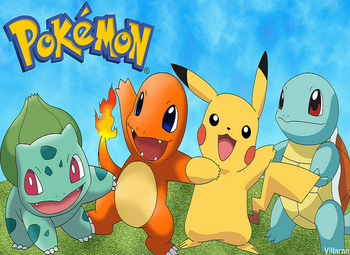 Just minutes ago, Nintendo made a huge announcement. Confirming the rumors that emerged on Thursday, they have officially announced two new Pokemon games, dubbed Pokemon Sun and Pokemon Moon. No other information has been released on these games, except that they will offer nine languages, which is two more than the previous iterations. The games are expected to release during the holiday season this year. No official date has been announced thus far.

Also, starting tomorrow, Pokemon Red, Blue and Yellow will be available for download. These three games will also be able to use Pokemon Bank, which means you can transfer your Pokemon from them to other games, something that was impossible before due to hardware limitations.


This is exciting news, I know I can’t wait to see more details concerning the two new games. We are sure to be getting new starters, and possibly a new region to explore. Trainers, gear up, by the end of the year it’ll be time to catch ‘em all once more!
About author