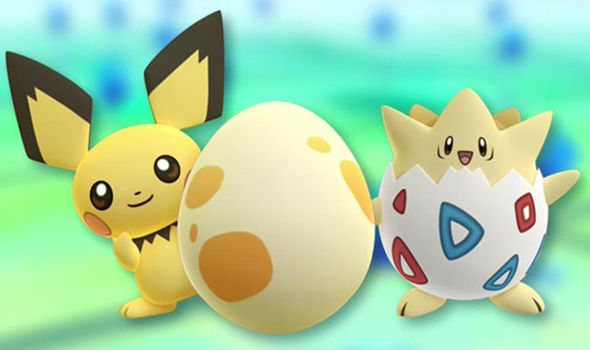 Easter is just around the corner, and Niantic is celebrating by bringing back its annual Eggstravaganza event in Pokemon Go. The week-long event returns next week beginning Tuesday, April 16, and this year it'll give players their first chance to capture Shiny Buneary.

Throughout the Eggstravangaza, you'll be able to hatch baby Pokemon like Pichu, Smoochum, and Magby from 2 km Eggs, and you'll receive twice the typical amount of Candy for every Egg you hatch. On top of that, Incubators will be twice as effective for the duration of the event, while Lucky Eggs will last twice as long as normal.

Beyond that, Niantic will also be distributing special Field Research tasks revolving around Eggs at Poke Stops. Buneary will also appear in the wild much more frequently than normal, and if you're lucky, you may come across its Shiny version.

In the meantime, Pokemon Go's second Legendary Lunch Hour event is set for April 10. Shortly after that, Niantic will host this month's Community Day. The monthly event returns this Saturday, April 13, and will feature the rare Dragon Pokemon, Bagon. Then, starting April 15, the Legendary Latios will make an encore appearance as part of a special week-long Raid event.

In addition to all of the upcoming events, Niantic has a couple of new features on the way for Pokemon Go, namely the Lucky Friends mechanic. Each day, you'll have a chance to become Lucky Friends with a player you've become Best Friends with, which will guarantee you both receive a Lucky Pokemon in one trade. The developer is also adding avatar poses to Pokemon Go's in-game store. These run for 500 coins apiece and let you customize your Trainer's pose in the game.