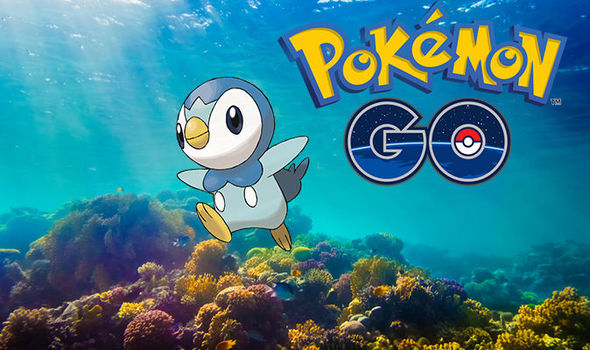 A new generation of Pokemon has now arrived in Pokemon Go. Following the game's latest update, which began rolling out to devices last week, Pokemon originally introduced in the Sinnoh region--the setting of the series' fourth-generation titles, Diamond, Pearl, and Platinum--have started to appear in the wild, giving you a whole new slate of pocket monsters to catch.

To commemorate the arrival of Gen 4 Pokemon, The Pokemon Company has shared a new trailer featuring some of the newly added monsters. Like the teaser video the company released last week, this trailer shows the new Pokemon frolicking in their natural habitats; you can see Piplup swimming in arctic waters and Pikachu chasing Gen 4's ridiculously cute Electric rodent, Pachirisu, through a forest.

As was the case with Gen 3 Pokemon, Niantic will roll the Sinnoh monsters out to Pokemon Go in waves, so you won't be able to capture all of them right away. Gen 4 added 107 Pokemon to the series, and you can already find the starters Turtwig, Chimchar, and Piplup in the wild, along with a handful of other Pokemon like Bidoof and Kricketot.

Gen 4 was also notable for introducing a number of new evolved and pre-evolved forms much many older Pokemon, such as Electabuzz, Magmar, Tangela, Lickitung, and others. Eevee likewise received two new possible evolutions: the Ice-type Glaceon and the Grass-type Leafon. It also added a longlist of new Legendary Pokemon; one of them, Giratina, has already been teased at the end of the latest trailer.

Pokemon Go's next Community Day event is scheduled to take place this Sunday, October 21. This time, the featured Pokemon will be Beldum; as previously speculated, if players manage to evolve it into its final form, Metagross, before the event ends, it'll learn the powerful new attack Meteor Mash.