Pokemon Go: You Have A Little More Time To Hatch Region-Exclusive Pokemon From Eggs 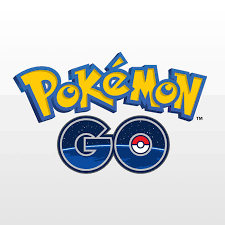 Pokemon Go's Ultra Bonus Event has come to an end, but developer Niantic has extended one of the bonuses it offered. The studio announced that Farfetch'd, Kangaskhan, Mr Mime, and Tauros will continue to hatch from 7 km Eggs until October 8, giving you a little more time to get your hands on these rare Pokemon.

What makes these four monsters particularly desirable is that each one is normally exclusive to a certain region. Tauros can only be found in North America; Mr Mime only appears throughout Europe; Kangaskhan is primarily found in Australia, and Farfetch'd is limited to Asia.

To add any of these Pokemon to your collection, you'd typically have to either travel to said regions or trade with someone who has already captured them, but even the latter option requires both players to meet in-person. Thanks to this bonus, you'll have a chance of hatching the monsters from 7 km Eggs--the same type of Eggs that are also capable of hatching Alolan variants.

In addition to that, Pokemon Go players still have a chance to capture Mewtwo. The Legendary Psychic Pokemon began appearing in standard Raid Battles for the first time on September 20, shortly after Articuno, Zapdos, and Moltres left the game. Mewtwo will remain a Raid Boss until October 23. Meanwhile, the Mythical Pokemon Deoxys has begun appearing in EX Raids, an exclusive type of Raid Battles that require an invitation.

Pokemon Go's next Community Day event is scheduled to take place on Sunday, October 21. The featured Pokemon this month will be Beldum. While Niantic has yet to announce what special move it will be able to learn during the event, it will presumably be Metagross's signature attack Meteor Mash, which was recently discovered by data miners in the game's code.