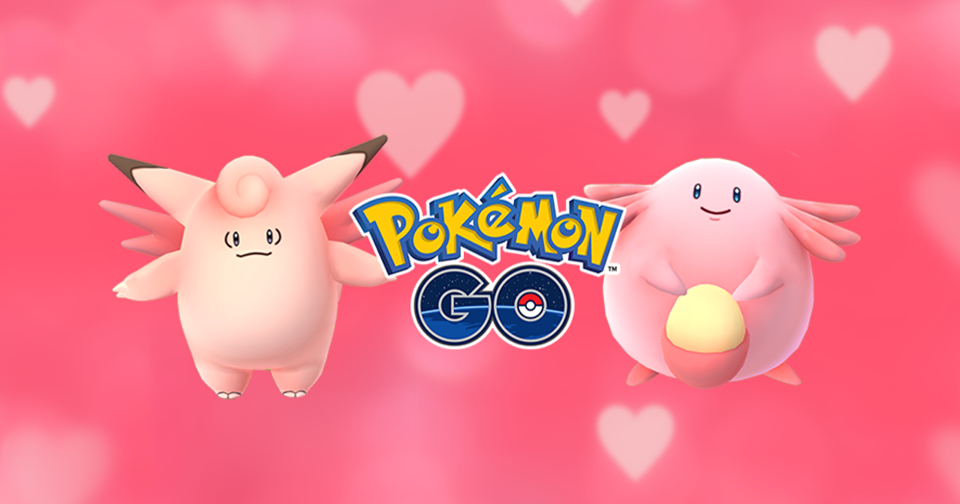 Valentine's Day is nearly upon us, and a lot of video games are celebrating the holiday by holding special Valentine's Day-themed events for a limited time. That includes Pokemon Go, which has now kicked off its own Valentine's event, giving players a chance to capture some very rare pink Pokemon and earn extra bonuses.

From now until February 15, Pokemon Go players will encounter increased spawns of the heart-shaped Pokemon Luvdisc, one of the many Gen 3 Pokemon that were recently added to Pokemon Go. Chansey will also appear more frequently for the duration of the event. Players will be rewarded with triple the usual amount of Stardust for each Luvdisc and Chansey that they catch.

Valentine's Day also marks the end of Kyogre's run as a Raid Boss, making this your last opportunity to capture the Legendary Pokemon. Another Gen 3 Legendary, Rayquaza, is also available right now in Pokemon Go; the Dragon-type will appear in Raid Battles until March 16. Rayquaza arrived alongside another batch of Gen 3 monsters, which primarily consisted of Flying- and Dragon-types such as Altaria, Salamence, and Tropius.

Beyond the Valentine's Day event, players also have the next Pokemon Go Community Day event to look forward to this month. That event takes place on February 24. Like the first Community Day in January, players will have a chance to capture a rare Pokemon that knows a move it cannot typically use during the event. Niantic hasn't revealed what that exclusive move is yet, but the Pokemon in question this time is the Dragon-type Dratini.