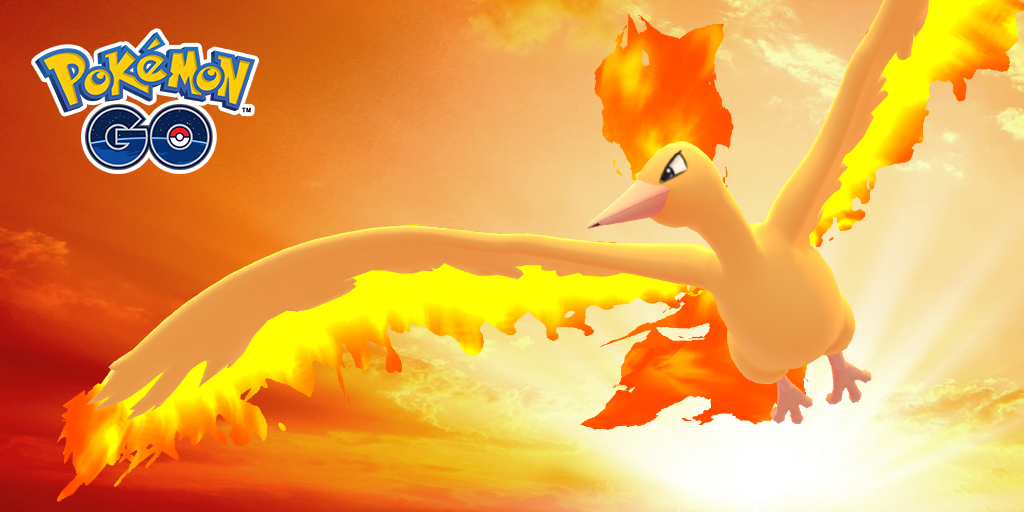 Pokemon Go players will soon have another chance to capture the Legendary Pokemon Moltres. As a reward for completing the Global Challenge during last week's Safari Zone event in Yokosuka, Japan, the Legendary bird will return to Raid Battles this Saturday, September 8, but it'll only be around for a very limited time.

Like Pokemon Go's Community Day events, the upcoming Moltres Day will only last for three hours, during which time you'll be able to encounter the Legendary Fire-type Pokemon as a Raid Battle at Gyms. The event will occur around the world, but the hours will vary region by region. You can see exactly when it takes place in your region below.

North America
Europe, Middle East, and Africa
Asia-Pacific
To participate in a Moltres Raid, you'll first need to have a Raid Pass. During the event hours, you'll be able to receive up to five free passes by spinning the photo disc at a Gym. This time around, every Moltres you capture will know the Flying-type move Sky Attack. Players will also have a chance to encounter a Shiny version of the Legendary Pokemon.

Like Ho-Oh, which also recently returned to Raid Battles, Moltres is a dual Fire/Flying-type, which makes it particularly vulnerable to Rock-type attacks. The most effective way to defeat it is to use powerful Rock Pokemon like Golem, Tyranitar, and the game's newest Legendary, Regirock.