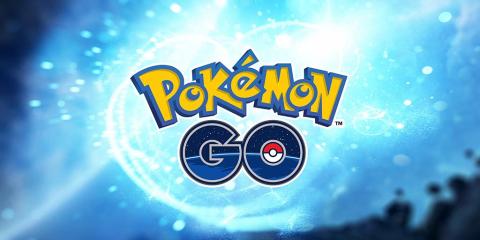 The first Pokemon Go Community Day of the new year is just around the corner. The latest real-world event for Niantic's popular mobile game is set to take place around the globe this Saturday, January 12, and like always, it'll give players an opportunity to capture rare Pokemon and earn some generous in-game bonuses.

While each Community Day typically runs for only three hours, the specifics of these events vary by month. To help you get ready, we've rounded up all of the most important details about January 2019's Community Day below, from the time it starts in each region to what bonuses you'll be able to earn this month.

What Is The Featured Pokemon?


With the exception of December's event, Niantic designates one featured Pokemon for each Community Day, meaning that particular monster will appear much more frequently in the wild than it normally does for the duration of the event. The featured Pokemon for January's Community Day is Totodile, the final starter from the series' second-generation titles, Pokemon Gold and Silver.

In addition to increased spawns, Niantic typically makes the Shiny variant of the featured Pokemon available during the Community Day, so you'll presumably have your first chance to capture a Shiny Totodile in Go during this month's event. Moreover, if you manage to evolve Totodile into its final form, Feraligatr, up to one hour after the Community Day ends, the Pokemon will know a special event-exclusive move that it can't otherwise learn in the mobile game. Niantic has yet to confirm what the move will be, but we'll update this article once it's announced.

What Time Does It Start?


Unlike other real-world events for Pokemon Go, Community Days aren't hosted at a specific location, but rather during a designated window of time, meaning you'll be able to participate in the event from any local park or other gathering places. The time it begins will vary depending on what part of the world you live in, but regardless of your region, the Community Day will only run for three hours. You can find the full schedule for each region below.

What Other Bonuses Are There?


On top of increased Pokemon spawns, Niantic also typically offers a couple of other bonuses during each Community Day. For this month's event, Incubators will be four times as effective as normal, which means you'll be able to hatch Eggs at a quarter of the distance they would typically require. Additionally, any Lure modules you use will remain activate for three hours, rather than their standard 30 minutes.

Moreover, the Community Day bonuses will stack atop those available through the ongoing Adventure Sync Hatchathon. As part of that event, you'll earn twice the normal amount of Stardust and Candy for each Pokemon Egg you hatch. When coupled with the increased Incubator effectiveness, you'll potentially be able to earn a ton of Stardust and Candy during this month's Community Day.