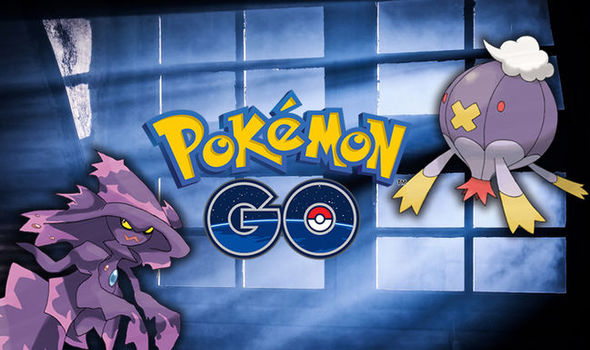 Following the latest leak, Niantic has confirmed Pokemon Go's annual Halloween event is coming back for another year. The event kicks off today, October 23, at 1 PM PT / 4 PM ET and introduces a handful of new Gen 4 Pokemon to the game, as well as the first Gen 4 Legendary.

As in previous years, Niantic is debuting a couple of new Ghost- and Dark-type Pokemon during the Halloween event. This time around, players will have their first chance to catch Drifloon, Stunky, and their evolved forms Drifblim and Skuntank. The studio is also offering new trainer hats, shirts, and backpacks inspired by Ghost Pokemon through the in-game store, including a Gengar backpack and Drifloon cap.

On top of that, Niantic is kicking off a new Special Research questline. Whereas previous Special Research quests led to encounters with the Mythical Pokemon Mew and Celebi, this new one revolves around Spiritomb--another Ghost Pokemon introduced in Gen 4. Niantic is also rolling out new Field Research tasks that focus on Ghost and Dark Pokemon. Finally, just as in past years, players will earn double the normal amount of Candy for capturing Pokemon during the Halloween event.

Perhaps most notably, the first Gen 4 Legendary Pokemon is set to debut in Pokemon Go. Coinciding with the start of the Halloween event, Pokemon Platinum's cover monster, Giratina, will appear around the world as a Raid Battle at Gyms until November 20, giving players roughly a month to add one to their collection. Giratina is dual Ghost/Dragon Pokemon, so you'll want to bring along a powerful Dark- or Dragon-type to challenge it.

Pokemon Go's Halloween event is slated to run until November 1. Meanwhile, the game's next Community Day is scheduled to take place on Saturday, November 10, although Niantic hasn't announced any further details as of yet.