Pokemon Go Adds Shiny Meltan, But Only For A Limited Time 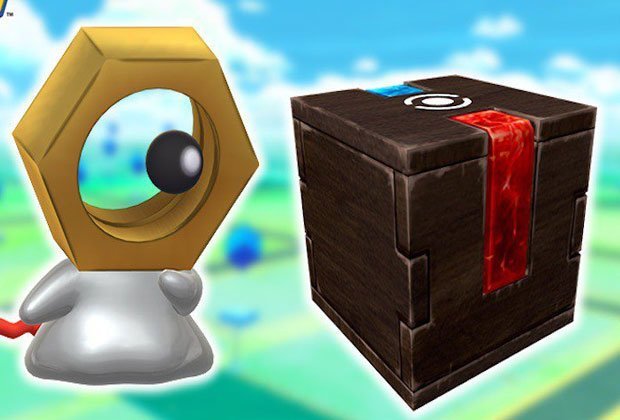 Another new Shiny Pokemon has arrived in Pokemon Go. Beginning today, February 5, players will have a chance of encountering the Shiny form of the series' newest Mythical Pokemon, Meltan, but it'll only be around for a limited time.

Meltan is unique among Pokemon in that its appearance is tied to the Mystery Box--a special item you'll receive in Go when you transfer a Pokemon over to either Let's Go Pikachu or Eevee on Nintendo Switch. Once the Mystery Box has been opened, Meltan will spawn in the wild for 30 minutes. After that time has elapsed, the Mystery Box will close, and you'll need to wait seven days before you can transfer another Pokemon to Let's Go and open the item again.

Thanks to this new event, any time you open the Mystery Box through March 4, you'll now have a chance of finding a Shiny Meltan in the wild. You can tell the Shiny variant apart from a typical Meltan by its slightly darker head and blue (rather than red) tail. Moreover, Niantic has reduced the time you need to wait to open the Mystery Box by three days, allowing you to find Meltan much more quickly than before.

Unlike other Mythical Pokemon, Meltan is capable of evolving, which means this is also your first opportunity to get a Shiny Melmetal. You can read more on how to catch the Mythical Pokemon in our Meltan and Melmetal guide. Additional details about the Meltan event can be found on the Pokemon Go website.

In addition to Shiny Meltan, Pokemon Go players have their first chance to catch Shiny Spoink as part of the game's Lunar New Year event, which runs until February 13. As part of the event, players will also receive twice the normal amount of XP for catching and evolving Pokemon, and certain monsters such as Dratini, Electabuzz, and Torchic will appear more frequently in the wild.