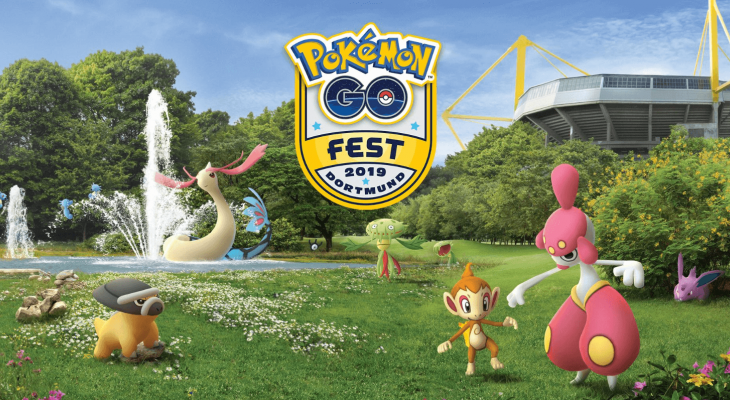 The second Pokemon Go Fest event of the summer kicks off soon in Dortmund, Germany, but even if you can't attend in-person, you'll have a chance to catch a special Pokemon. To celebrate the event, Niantic is increasing spawns of male Nidoran around the world beginning today, July 4th, at 1 AM PT / 4 AM ET / 9 AM BST, and if you're lucky enough, you'll be able to find its Shiny version for the first time.

That isn't all that's happening during the event. As was the case during last month's Pokemon Go Fest in Chicago, Niantic will offer a variety of Global Challenges throughout Germany's Go Fest. Players around the world can chip in toward their completion, and if enough challenges are completed, Niantic will make a variety of bonuses available in the game, including another chance to capture the Legendary Pokemon Entei.

This week marks the third anniversary of Pokemon Go's release, and Niantic is celebrating the occasion with a variety of events and bonuses. Shiny Alolan forms of Rattata, Sandshrew, Vulpix, Diglett, Meowth, Geodude, Grimer, and Exeggutor can be found in the wild, and Pikachu wearing a party hat is available once again. There are also new Special Research quests and new avatar items inspired by the game's three team leaders in the Style Shop.

Beyond the third anniversary festivities, the Gen 3 Legendary Groudon has returned to Raid Battles for a limited time. The Pokemon will appear at Gyms until July 10th, and you'll have a chance of encountering its Shiny version. Groudon and Kyogre are also two of the possible Legendaries you can encounter through July's new Field Research tasks. Another Gen 3 Legendary, Speed Forme Deoxys, has also begun appearing in EX Raids.

Pokemon Go's next Community Day is scheduled for July 21st. The featured Pokemon this time will be Mudkip, the Gen 3 Water-type starter. Throughout the event, Mudkip will appear in the wild more frequently than normal, and if you can evolve it into its final form, Swampert, by the end of the event, it'll learn a special move. You'll also earn triple the usual amount of XP for capturing Pokemon during this month's Community Day.