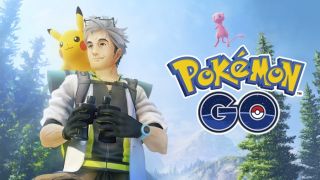 A big update is on the way very soon to Pokemon Go. As first discovered last month, developer Niantic is implementing a quest system in Pokemon Go, which will give players a variety of additional activities to complete--as well as a chance to discover the game's first Mythical Pokemon.

Beginning March 30, players will be able to take on two different types of "research" quests: Field Research and Special Research. The former is distributed via PokeStops and task players with completing various objectives, such as catching certain Pokemon or participating in battles; the latter are "story-driven activities" assigned by Professor Willow that "take Trainers further into the world of Pokemon Go than ever before."

Completing research quests will reward players with various items. Players will also earn a stamp for the first Field Research quest they complete each day, although there is not limited to how many tasks can be completed in a single day. Collecting seven stamps will lead to a Research Breakthrough, which will unlock even more rewards, including a possible encounter with a Legendary Pokemon.

The initial batch of research quests is tied to Mew, which is the first Mythical Pokemon to appear in the game. From the sound of it, players will presumably earn a chance to encounter Mew by completing Professor Willow's Special Research quests.

In the meantime, players still have a few days to participate in Pokemon Go's ongoing Eggstravaganza event. That is scheduled to run until April 2 and makes it easier to hatch rare Pokemon from Eggs. April 2 also marks the day Pokemon Go's latest Legendary, Lugia, is slated to leave the game. The Legendary Psychic-type returned to Raid Battle earlier this month with the "newly improved" Flying move Sky Attack.