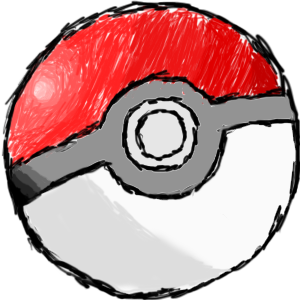 ​
When I was a young owlet, I didn’t really look at video games the same way I do now. Most of my experience with gaming was going over to a friends house and getting to play whatever they happened to have at the time. It wasn’t much, but it was something, and I enjoyed my time spent playing games. It was like this for awhile, until December of 1999, where I received my first console, and with it, my first game: Pokemon. Pokemon was unlike anything I had played up to that point. I’d played plenty of Sonic The Hedgehog, jumped all over the colorful worlds of Super Mario 64, even enjoyed some shooters like Goldeneye 64. Pokemon was so different, though, at least for me. Most of the games I had played at that point had such different objectives, it was kind of crazy for a game to just put you into the world and challenge you to figure it out all by yourself.

While I’m sure most of you have likely had some sort of experience with Pokemon at some point in your gaming life, there are probably plenty of you who haven’t. So, what exactly is Pokemon, and what is it about? Well, players are dropped into the region of Kanto, where they are tasked by the Pokemon Professor Oak to travel throughout the region, capturing Pokemon and recording their data in the PokeDex, a handheld device designed by the professor for just such a task. Before choosing your starter Pokemon, and heading out on your adventure, you meet Professor Oak’s grandson, who will be your rival throughout the game. After selecting your Pokemon, and after beating the crap out of your rival for selecting the Pokemon that you’re weak against, you’re free to leave on your adventure. While capturing all of the Pokemon is one of your main goals, the other is to travel to the various cities and challenge their gym leaders. Gym Leaders are considerably tougher than the average trainer, but provide badges that allow you to advance further into the game. Additionally, as you travel the region, you constantly run into the evil Team Rocket, who enjoy nefarious plots, and stealing Pokemon, and they can only be stopped by a 12 year old Pokemon trainer, for whatever reason. So, you go from city to city, gaining badges, training your team, catching everything that moves, until you’ve collected all the badges. Now, you can challenge the Elite 4, the toughest trainers in the region, and if you defeat them, you will be named the Pokemon League Champion. You give it your all, bring them down one by one, only to discover that your rival has beaten you to the punch. There’s only one thing to do at this point. You have to show him who the boss is, and assert your dominance over the Pokemon League. While, admittedly, there isn’t much of a story, the story that is given is pretty great. You want to be the best, so you go out and become the best, and as a kid, it's pretty awesome.

The other half of the game was battling, and it’s safe to say that this was the game’s bread and butter. While trying to catch all of the Pokemon is one of the game’s big goals, fighting wild Pokemon and other trainers to gain experience is not only important, but required to beat the game. There are two types of battles; trainer battles, and wild Pokemon battles. In trainer battles, as the name might imply, you battle other Pokemon trainers positioned all around the region. Generally, a battle begins when you walk into the trainer’s line of sight, though walking up to them and pressing A also works. In these types of battles, you can’t run from the fight. Knocking out the opponents Pokemon will win you the battle, and you gain money in addition to the normal experience. In a wild battle, you only face one Pokemon at a time. You can attempt to catch the Pokemon, knock it out, or run from the battle. You gain no money from winning, but you do get experience, which is crucial since you can only fight trainers one time. As I said earlier, battling is the game’s bread and butter, and it’s where Pokemon gained a slight element of strategy. While not as complex as later installments, it was beneficial to have a well rounded team. All Pokemon have their own type, and some types were strong, or weak to other types. For example, a fire type would have an easy type against a grass type, but would struggle against a water type. While this is simple enough, it was easy to overlook this, especially as a kid, and could really mess things up later in the game.

So, with all of this being said, we know that Pokemon was very successful, and managed to entice many players. However, the question must be asked: What was bad about the first Pokemon game, and does it still hold up today? Well, the first generation of games had several issues. The biggest, and one most worth talking about is balance. Many people know that Psychic types were extremely powerful, and there was little counterplay against them. It was a horrifying experience to fight someone with high-leveled psychic Pokemon, especially if you had none yourself. Dragon types were also very strong, though not as broken. In addition to balance issues, the game didn’t really know what to do when it came to teaching Pokemon attacks. Many Pokemon were given the chance to learn new attack, but some of them were crap, meaning you now are stuck with a crappy attack until who knows when. The final issue is the first generation is extremely buggy. It wasn’t hard to break the game, infamous glitches like missingno and the Mew glitch, while impressive, were kind of game breaking, and a bit silly. Though, at the least, bugs weren’t common when playing the game normally.

So, does Gen 1 hold up today? I’d say yes, it does. While certainly flawed, it still maintains the simple fun it offered when it came out. If you haven't played it yet, I'd suggest giving it a try. Next week we'll take a look at Gen II, and how it improved on the original games.
About author