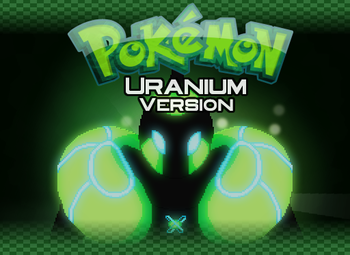 ​
Pokémon is a definitely one of the biggest franchises in gaming, from the classic Pokémon Red to the brand-new Pokémon GO, and with every successful series comes fan-made content. Pokémon has seen countless Pokémon fan games, some bad, some good. I'm not going to lie, I have played tons of fan games, and I know another member of the Se7enSins staff who has played heaps more than I have. Some fan games just have a spark that newer games don't have, whether it be fan service, homage to the classics, or simply doing something more risqué than Nintendo would ever do, and this new game takes all of those to the extreme. Pokémon Uranium has supposedly been in development for 9 years now, and features 150 new Pokémon, a new region, and a whole new Pokemon type.

Pokémon Uranium takes place in a all-new region called Tandor, and you can choose a male, female, or a gender-neutral 13 year old to explore this new land as. In traditional Pokémon style, you must save the world while also collecting badges to become the Pokémon master. The biggest part of this game is the new Nuclear type, which is the result of a Pokémon being exposed to tons of radiation. These Pokémon are feral, mindless creatures, and often disobey trainer orders and will even attack their trainers sometimes. Nuclear types can be caught and trained much like every other Pokémon type, but can be difficult to use. The game also features Mega Evolution, new moves and abilities, sidequests, an online trade and battle system, and perhaps coolest of all, a Pokémon Speech Translator. You can check out the trailer below.

The gameplay strongly resembles the Nintendo DS era Pokémon games but is largely original. Pokémon Uranium features a fleshed-out and interesting story that involved your character, your parents, and a mysterious evil. It also features an interesting way of giving you your starter Pokémon. The Pokémon Professor gives the player a quiz, and the results determine which Pokémon you will receive, similar to the Pokémon Mystery Dungeon series. The game has been so popular lately that the official website has gone down due to traffic, or at least that's what the official Twitter account tweeted yesterday.

​
UPDATE- The developers of the game have decided to take down the game, claiming they did it out of respect of Nintendo's copyrights. As a result, the game will no longer be available to download... from their website. You can get the game from any other source, and many websites have already re-uploaded the game; you can find yourself a copy from a quick search around the web. The developers will continue to release updates and add new content for those who have the game, though.

UPDATE 2 (Oct. 8)- On September 21, 2016, the official Pokémon Uranium Twitter account tweeted that they will no longer be supporting the game at all, in any way, shape, or form. That means no more updates or online play. Once again they claim that Nintendo had nothing to do with the decision and that they had taken it upon themselves. They plan to continue developing games, although nobody knows if they will continue on as "The Uranium Team", or if they will use a new alias. It's a shame to see such a great game lose support, but there are still people out there willing to make releases for it, so keep your eyes out for that, you never know what may come next.

The game is made in RPGmaker XP, and currently only a Windows version exists, but Mac support is on the way. Since it's not a rom hack, you don't need an emulator, and can simply download the game and play it on your PC. Many fear that Nintendo or The Pokémon Company may pull the plug on this amazing project, but that's yet to be seen. Many Pokémon fan games have been up for years and Nintendo doesn't seem to mind, or if they do, they haven't done anything about it. You can download the game for yourself on their website, which as mentioned before, is currently down. An alternative download link is provided in the tweet above. The game is one-hundred percent free, and is definitely worth trying if you love Pokémon.

Are you a fan of Pokémon? Will you be trying this game out? Let us know in the comments!