PlayStation TV Release Dates for US and Europe Announced 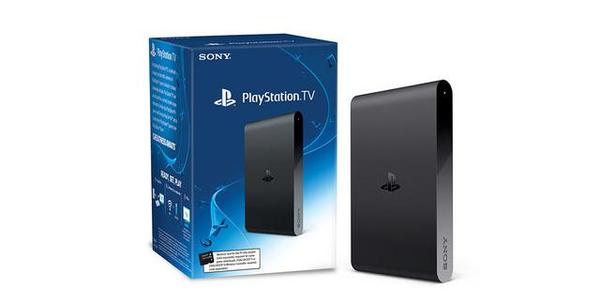 PlayStation Vita TV was supposed to be Sony's way in to the expanding market for streaming when it was released about a year ago. But it posed no threats to anyone while being available in Japan only. This is about to change as launch dates for US and Europe has been announced with a slight name change. Now known as Playstation TV, it will be available in the US on October 14th and a month later in Europe.

With 700 games in the line-up from launch, the focus is not on streaming video and music, however services for this will be available. In essence, PlayStation TV is here to allow gamers to play their favorite games anywhere they are, even if their console is connected to another television. For example, the PlayStation TV's wireless DualShock controller can be used to continue a session on a TV in another room. While loads of games can be downloaded directly to the PS TV, some PlayStation Vita games can actually be inserted into the console like normal. Other console line-ups include games from the PSP and from the original PlayStation home console. You will probably want to upgrade that 8GB memory card if you are planning to get the most out of it. Similar to the PS Vita, PS TV will also allow you to stream PS4 content via Remote Play, however you might expect to get lower quality, as the latency is not completely sorted in these wireless setups quite yet. The full list of compatible games can be found on Playstations Blog. SCEA VP of Platforms Marketing, John Koller, said in the announcement:

"Our library will continue to expand, with other fan favorites like Minecraft and more. We’re proud to bring such a broad array of content from multiple PlayStation platforms to PS TV, a small console with great value."

If you are already a PlayStation owner, this might not be something you really need, unless your console is connected to a TV often used by others in the house. But it is no doubt a much cheaper option than buying a second PS4, if you would like to have another console available. The PS TV seems like a good alternative for parents who would like to give their kids a console without having to dish out hundreds of dollars on a high-end device. If you already have an Xbox, but would like to play some of PlayStation's exclusive classics, this is a good opportunity to get to most of the older ones. The new streaming feature PS Now will be coming to PS TV at some point in the future, so you will also be able to stream PlayStation 3 games directly. However, there is no set date for when this will be here as of yet.

The standalone system will sell for $100, while you can choose to spend $140 on a bundle that includes a DualShock 3 controller, 8GB memory card, and a copy of the Lego Movie Videogame. Sony also announced that a limited-time PS TV bundle will be available at Walmart including the same components but another game, Sly Cooper: Thieves in Time. This bundle will also be costing $140. An alternative bundle with Adventure Time: The Secret of the Nameless Kingdom will be available from November. The European bundles will be priced at £85 when it is released on November 14 and contain digital codes for OlliOlli, Worms Revolution Extreme and Velocity Ultra.

Holding a good lead over Microsoft in the new generation console market this far with impressive sales for their PS4, Sony will soon be covering most of the gaming market with Vita, Playstation Now and the PS TV. They are also looking into the future with their work on Project Morpheus, a serious contender in the race for Virtual Reality. All this put together makes a lineup that could eventually dominate the console gaming market, according to analysts. Whether or not Microsoft or anyone else are able to fight back by offering gamers better content and tech remains to be seen. The question is, are they even trying?

Will you be getting one of these? Or is this just another piece of tech you just don't need?