Player Kicked from His Super Smash Bros. Team After Accusations of Sexual Harassment 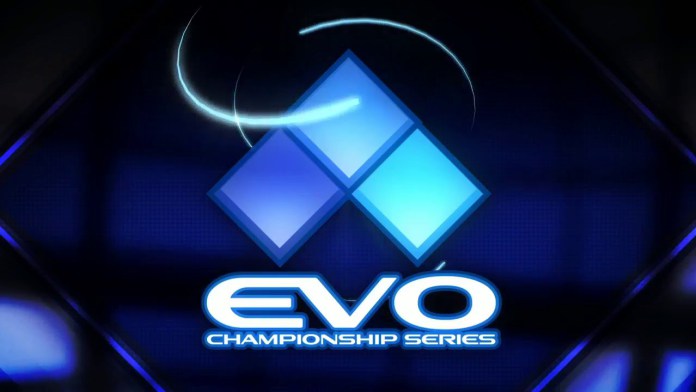 Another pro gamer bites the dust. Not because he didn't play well enough, or because someone better came around to take his spot on the team. No, he just lost his place on a pro eSport team and the ability to attend big tournaments because he couldn't keep his hands off a sleeping girl.

A few days ago, the same day as the Super Smash Bros. finals at the biggest fighting game tournament of the year, Evo 2016, was held, a newly signed VGBootCamp Smash player decided to go out and get drunk. A group of other Smash players noticed how lost he was and brought him to their room, they didn't want him to roam the streets of Las Vegas alone in such a state. Several people were sleeping in this room, one of them a female player, sharing a bed with her boyfriend. The drunk guy, Cristian "Hyuga" Medina, decided to get into get into their bed, where he started groping the girl. After some commotion, he was kicked out of the bed, the girl moved to another part of the room and went back to sleep. Not long after, Medina tried again. At this point, he was sent out of the room. The following day, the incident was reported, which eventually lead to Medina's exit from the team. VGBootCamp posted the following statement:

"This afternoon we heard accusations that our player, 'Hyuga,' groped a woman of the smash community sometime early this morning as she tried to sleep. After talking to all parties and witnesses involved we believe that these accusations are true. Although he was heavily intoxicated during the incident there is absolutely no excuse for his actions. Starting immediately, Hyuga will no longer be a representative of the VGBC pro team."

Medina himself claims to have been too drunk to remember, and asks that they don't press charges. Which makes sense, as a Mexican citizen, he won't be allowed to travel around the US to attend the big tournaments with something like that on his record. However, he might not have to worry about that at all, as eSports event organizers are taking a stand. Zero tolerance for sexual harassment is their take on the situation, and they will not have any players with a history like that in the mix. So not only will he be out of a sponsorship, he also lost the chance to play in a major upcoming Smash tournament, Shine 2016, as the event organizers state: "Hyuga will be banned from all future Big Blue eSports events, and also Shine 2016".

Not long ago, another player suffered the same faith. Noel Brown, a well know Street Fighter player, was caught on camera while groping a female attendee during a Combo Breaker event. As a consequence, he will not be able to join any Capcom Pro Tour events for the rest of the year and after that, if he does something like this again, he will be out for life. "We do not condone any acts of harassment and we want all of our players and fans to know we will continue our work to ensure that all Capcom Pro Tour events provide safe, inviting environments where the focus is on healthy competition and exciting rivalries." Combo Breaker follows suit and bans Brown from attending any of their events the next few years. "Harassment will continue to have a zero tolerance policy at Combo Breaker events. Be considerate and respectful of all attendees."

Sexual harassment is a big issue in general and it is definitely present in gaming. However, most cases are never really shared with the public, it just happens in small scale in online chats and in comments on streams. It's laughed away as jokes. Because, you know, the best excuse in the world still stands: "It's the internet, deal with it."

I have looked into this in the past, and again, a quick search tells me that the problem isn't getting any smaller. More and more females are playing all sorts of games, and not all of them are there to be looked at as sexual prey or an object. I mean, why would you want to be verbally abused? No one really wants that. I don't care what you say, nothing can convince me that a girl wants to hear about how much fun it would be for her team mates to watch 5 guys raping her. Just don't say those things, I don't care how twisted your mind is, at least have the brains to keep it to yourself.

I can't help but think about what happens when someone that's used to be somewhat hidden on the internet, finds himself in an environment where he all of a sudden is looked at as a super star. Maybe they forget that eyes are everywhere, and that actions may have far greater consequences now? Someone will take the girls side this time, because a scandal needs to be avoided and examples needs to be set. You are SOL, son. What could have been a successful career just turned into a sad story of poor judgement and low morals. Good luck getting another sponsorship anytime soon, I'm sure a lot of teams would like to have someone with a great reputation like you on board, yeah?