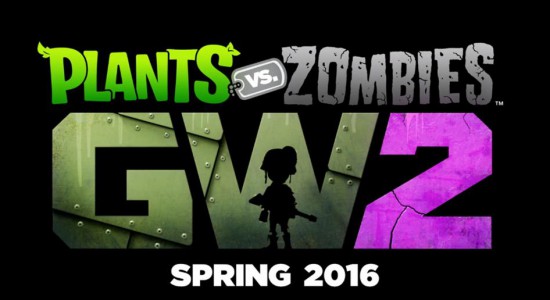 PopCap games has been quite successful since the release of the original Plants vs. Zombies back in May 2009, and since the release of the sequel, Plants vs. Zombies 2, in July 2013. While these mobile games were both fun and creative, they became extremely repetitive and boring after only playing for a short period of time. In early February 2014, PopCap developed Plants vs. Zombies: Garden Warfare, a multiplayer third-person shooter for the PlayStation 4, PlayStation 3, Xbox One, Xbox 360. The developers earned quite a bit of revenue from this game, selling approximately thirty-thousand copies within the first few months.

According to a statement made by Electronic Arts earlier this morning at E3, Plants vs. Zombies: Garden Warfare 2 will be coming to the Xbox One, and supposedly to the PlayStation 4 and PC. PopCap's new third-person shooter will arrive in the midst of 2016. Other than this short bit of information, the rest of the game remains a mystery. EA did not discuss whether or not Plants vs. Zombies: Garden Warfare 2 would include the same game modes as the original, but we can probably expect to see modes such as Welcome Mat and Garden Ops. I look forward to hearing more information regarding this upcoming title.