Plan Out Your Fallout 4 Character! 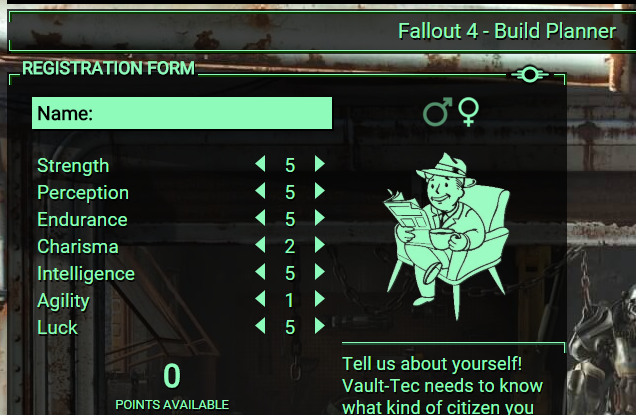 Anyone that has played any game in the Fallout series knows about the tantalizing amount of time that can be spent customizing their characters. What about all of the thought that goes into planning stats, perks, and specialties before players are actually able to start their game? Some people prefer the stealthy approach and take up a talent for lockpicking and sneaking, whereas others appreciate a louder and more upfront approach with massive guns and Power Armor. With Fallout 4 now just five days from its release, fans no longer have to agonize over which decisions to make when it comes to planning out what stats and perks to spec into thanks to RPG Gaming's newly-developed Fallout 4 Build Planner. 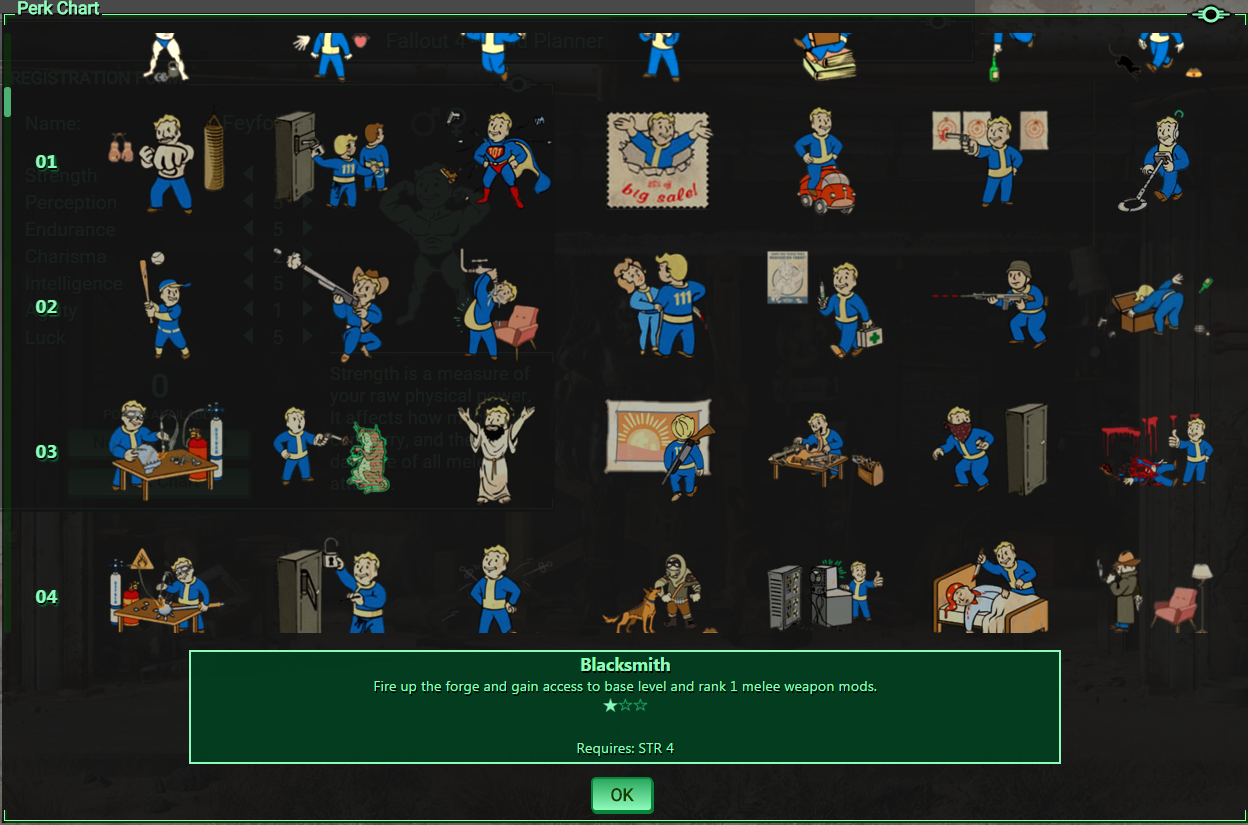 Although it could not implement the physical customization of your future character's appearance, it does include the stats that will be used as well as every perk in the game. Using this tool, gamers that have pre-ordered the game or plan to pick it up later can plan out their potential character and learn about all of the perks in the game and how they correlate with each other and the stats of the character. This tool will undoubtedly save any Fallout 4 fan some time when the game is released on November 10.

This tool utilizes the perk chart released by Bethesda, as well as certain details obtained from leaks of the game. Not all of the information about each of the perks is known, but fans can still take advantage of the wealth of knowledge available as many stages of each of the perks are detailed on top of the base perks. The perks in-game also have their requirements and this tool will show players what prerequisites must be met before they can actually obtain the perk.

Let me know what you plan to do when Fallout 4 finally comes out. Will you be stealthy with a specialization in guns and melee, or do you plan on roaming around the Commonwealth clad in Power Armor armed with your trusty minigun?