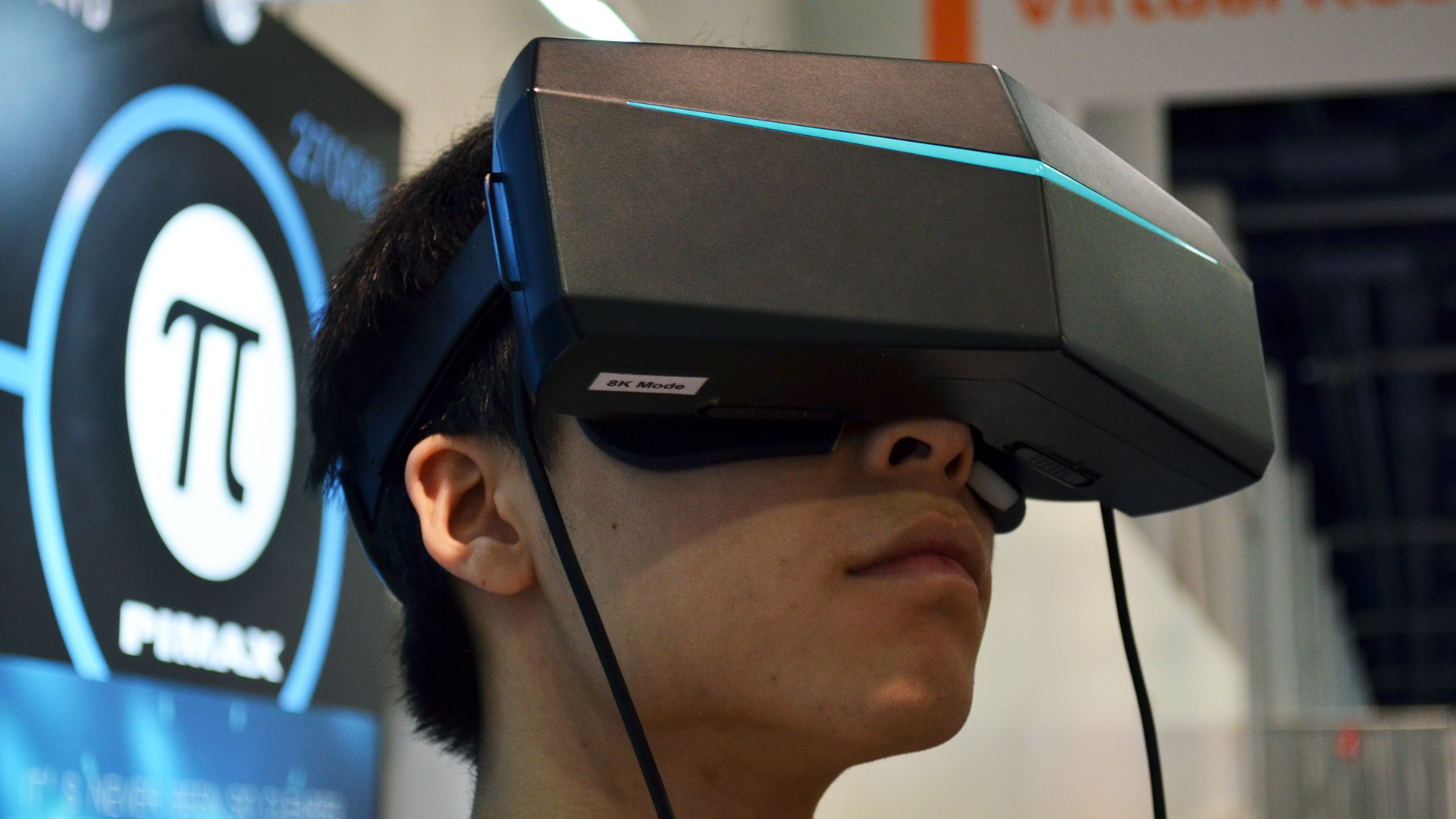 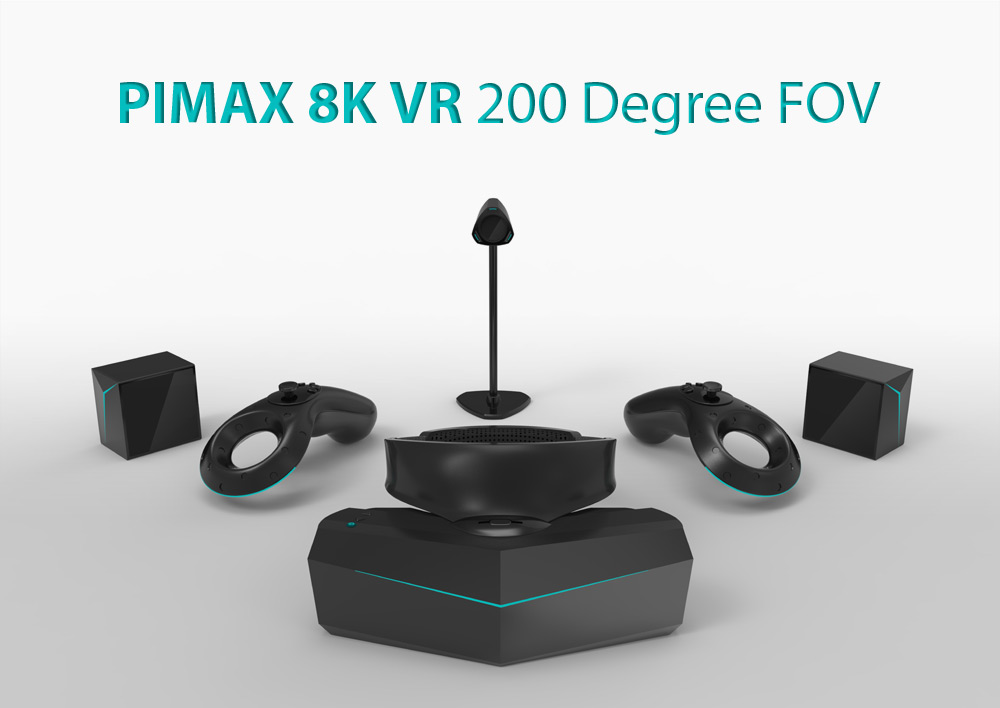 The HTC Vive and Oculus Rift could both use sharper screens and a wider field of view (FOV). Technology company Pimax hopes to overcome these issues with its 8K VR headset, which features two 3840x2160 panels for a combined 16.6 million pixels. This is considerably sharper than the Rift and Vive, which both use 2160x1200-resolution screens. Pimax also ups FOV to 200 degrees, which is roughly twice that of the Rift and Vive. In many ways, the headset achieves its lofty goals, but it does make other technical tradeoffs in its current Kickstarter state.

​
Because 8K is so graphically demanding, Pimax’s VR headset has a built-in scalar that upscales 4K content to 8K. However, this requires a lot of bandwidth, so the head-mounted display (HMD) requires two DisplayPort connections. This is in stark contrast to the Vive and Rift, which both require a single HDMI cable.

Pimax will also use Valve’s lighthouse tracking technology. The company suggests that its HMD will work with any SteamVR game as a result. Pimax says it's trying to incorporate games from Oculus’ store onto its platform as well, but has yet to receive approval.

I tried underwater demo theBlu and Fruit Ninja VR on the 8K headset with a gaming laptop that had a GTX 1080, which performs more similarly to a desktop-class GTX 1070. The HMD uses curved optics to encompass most of your FOV, and it works well for the most part, covering most of my horizontal and vertical vision. In terms of image clarity, I didn’t notice any undesirable screen-door effect, and it was hard for me to discern any pixels from the limited time I had with it.

In its current state, the Pimax headset does have some issues. Where the Rift and Vive use an OLED panel, the Pimax headset uses an LCD one, meaning it lacks contrast. Its black levels don’t look as dark as they do on the other HMDs, and its colors also aren’t as vibrant. There’s also distortion on the outer edges of your peripheral vision. Pimax says that this is a software issue that will be tweaked before launch.

One major issue with rendering at such a high resolution is that it can be very graphically demanding on hardware. While the HMD is capable of running at 90Hz, like the Rift and Vive, Pimax tells me that performance was hovering in the 80 FPS range. This is problematic because lower and more inconsistent frame rates can lead to motion sickness. The company is hoping that more powerful graphics cards will alleviate these performance issues in the coming months and years. Regardless, after taking off the headset, I felt slightly cross-eyed. This could be due to the fact that the current build of the headset does not allow you to physically adjust the interpupillary distance (IPD) between its lenses, but Pimax tells me the final version will include this feature.

In terms of ergonomics, the headset felt lighter than the Vive and Pimax says that it will be on par with the Oculus Rift's weight at one pound. It uses a facial interface foam and head straps that are most similar to the stock HTC Vive ones. It doesn’t come with headphones, but Pimax says that there will be an optional audio strap that looks something like HTC’s Deluxe Audio Strap, with the ergonomics of Sony’s PlayStation VR headset.

In addition to the audio attachment, Pimax asserts that its HMD will support a wide variety of attachments. Among these is one that will eventually allow the headset to become wireless, which the company is aiming to release in July 2018. There will also be attachments that include fans to keep users cool, eye trackers, and hand trackers. I had a chance to try out the prototype hand tracker, which works similarly to the Leap Motion and does a decent job at tracking your fingers, though it only tracks your hands if they're in front of your face. In addition, its accuracy was slightly off as it looked like my virtual hands were slightly higher than my real ones. Pimax says this might be a configuration issue, as I did not undergo the full setup process.

The standalone 8K headset, which will work with Valve’s current Lighthouse trackers and controllers, starts at $499 if you back it now on Kickstarter. If you want the complete package with Pimax’s own upcoming lighthouses and controllers, it will cost you $799. The headset is on schedule to ship in January for Kickstarter backers.