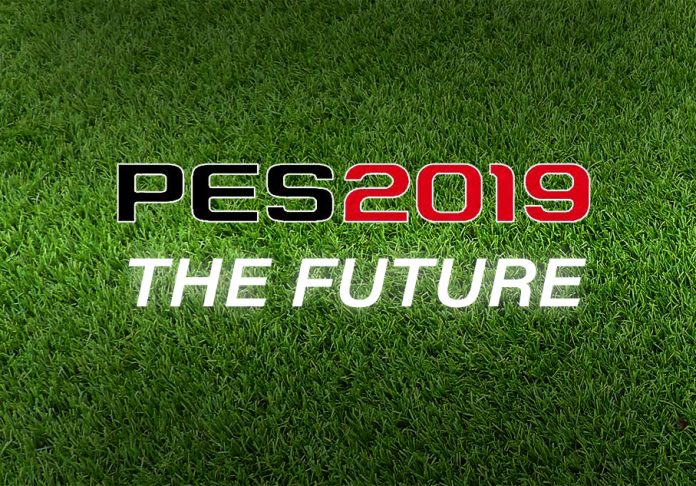 Konami has officially unveiled this year's entry in its long-running football franchise, Pro Evolution Soccer. PES 2019 is coming to PS4, Xbox One, and PC with a slightly earlier than usual release date of August 28 (August 30 in Europe).

Among the new features detailed by Konami are visible player fatigue on the pitch, improved ball physics and player positioning, and greater player individuality. There's also the usual roster of new animations, new celebrations, and improved in-game graphics, as well as a new menu interface.

Regarding licenses, Konami says it has more fully licensed leagues, stadiums, and clubs, but none of those has so far been disclosed other than Liverpool, Barcelona, and Borussia Dortmund, all of which featured in PES 2018. The publisher recently lost the UEFA license, meaning the Champions League and Europa League--as well as the European Championships in future editions of PES--will no longer be included in their official forms. This year's edition does, however, see the return of David Beckham as a playable Legend.

After EA brought FIFA 18 to Nintendo Switch last year, some fans had hoped Konami would follow suit with PES 2019. However, those hopes have not been met, with no Switch version revealed as yet.

We enjoyed the most recent Pro Evo and awarded it an 8/10 in our PES 2018 review. "When you get onto the pitch, no other football game feels as good as PES 2018," we wrote at the time. "The slower pace is a definite improvement, helping tread the line between realism and fun near-perfectly. There's just something about the players' movement and the kinds of arcs the ball makes in the air that's just so pleasant to control--every pass, header, and shot just feels right. And when it clicks, and you score a thunderous strike from the edge of the area or finish off a slick passing move or even when you launch an ugly long ball forward to grab a last-gasp winner, it's the closest feeling you'll get to being out there scoring yourself."