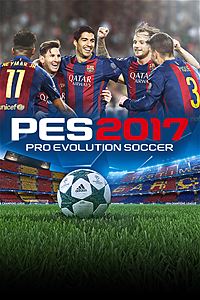 PES 2017's latest patch means the game now supports PS4 Pro. The update, which is out now, allows players to enjoy its fluid football in 4K at 60 FPS on Sony's upgraded console. There's no word of whether "4K" refers to native 4K resolution or simply up scaled 1080p.

The update was originally intended to release in November. Instead, we got the long-awaited Data Pack 2.0 update, which introduced over 100 new player faces and two new stadiums.

We enjoyed the alternative ball-kicking game here at GameSpot, with critic Nathan Ditum awarding it an 8. For more, check out our full PES 2017 review.

The other option in the soccer department is, of course, FIFA. The latest in the series, FIFA 17, recently commemorated the death of players from Brazilian soccer team Chapecoense by releasing the team's badge and kits for free in Ultimate Team. The game has come under pressure from one Russian MP however, for including a rainbow kit in support of LGBTQ rights.

For more on EA's sporting behemoth, check out our FIFA 17 review.