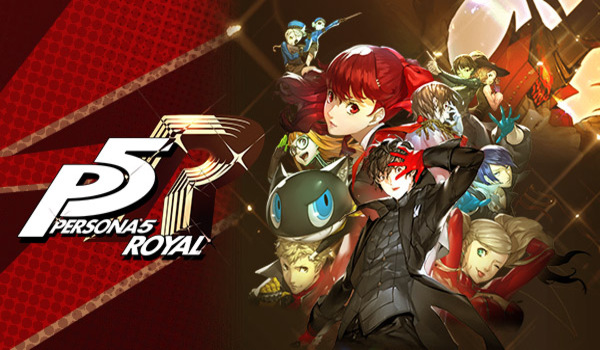 Last March Atlus teased the new Persona 5 The Royal, and promised more details at the Persona Super Live concert this April. At the same time, a mysterious website popped up advertising another secret Atlus project, under the name P5S. With Super Live coming to a close we finally know exactly what Persona 5 The Royal and P5S are, and while many were disappointed to hear that it isn't a Persona 5 Switch port like many thought, the real answer is just as exciting.

This morning at Persona Super Live P5S was finally revealed as Persona 5 Scramble: The Phantom Strikers, a musou-style hack-and-slash spinoff game being developed by both Atlus and Koei Tecmo's Omega Force, the studio responsible for the Dynasty Warriors franchise and the Hyrule Warriors/Fire Emblem Warriors spinoffs. In the teaser below, you can see Persona 5 protagonist Joker take on hordes of Shadows in Shibuya; using flashy combat, and teaming up with his Persona Arsene, this game looks to match the iconic style Persona 5 is known for. At the very end of the teaser, we're given a brief glimpse of yet another new female character, although it's unclear who this is or what role they'll play. Little is actually known about the game is going to be like and what characters will be playable, and not even a release date is confirmed yet. What we do know is that Persona 5 Scramble will be coming to the Playstation 4 and Nintendo Switch sometime in the future.

A month ago Atlus revealed Persona 5 The Royal, a new, expanded version of the original; but other than a brief look at a new character, we weren't given much information. With this new reveal, however, we've learned a lot more about what to expect from this game and who the new girl is that was shown off in the previous teaser. Like many speculated, Persona 5 The Royal will be an expanded version of the original with new content, but not quite in the vein of Persona 3 FES or Persona 4 The Golden, which were both expanded versions featuring a new dungeon and new social links. During the new announcement trailer we're given glimpses of scenes from the original Persona 5 that appear to be happening differently, meaning there's likely a whole new way to play through the story. On top of that there's extra months added to the game, not only making the game longer but giving way for a new story scenario.

The previous reveal focused heavily on a new female character, who we now know will be joining the team as a phantom thief at some point in the story. Kasumi Yoshizawa is a first year student and rhythmic gymnast who transferred to Shujin Academy at the same time as Joker, and uses a sword and lever action rifle while acting as a phantom thief. Not much is known of her role in the story yet though, but we do get a short look of her in action in the trailer below. We also get a look at a new Palace, which Joker uses a grappling hook to climb. Joker recently joined Super Smash Brothers Ultimate and brought his grappling hook with him, which was a confusing move to many since Joker is never seen using a grappling hook in Persona 5 at all. Take a look: