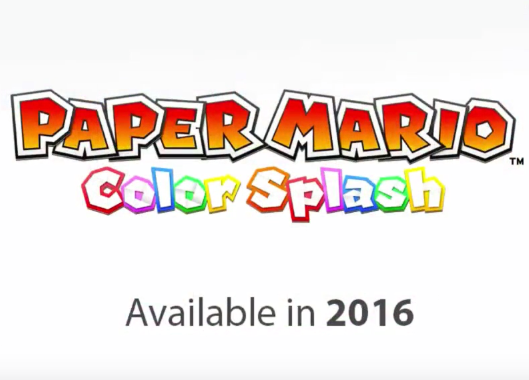 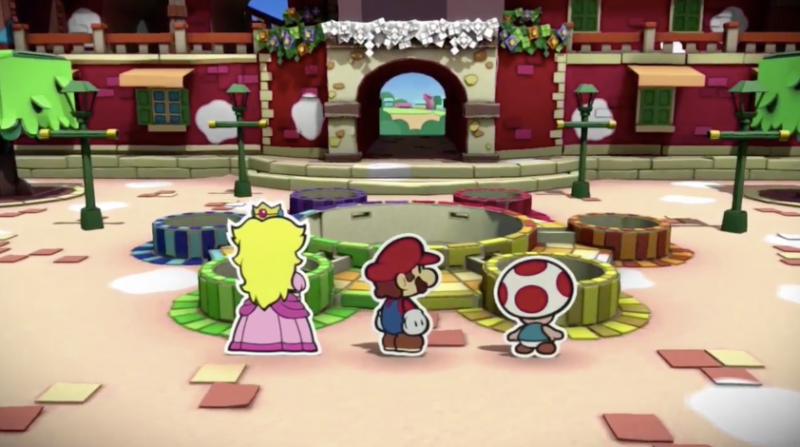 ​
I'm sure we all know about the prestigious Super Mario series. Nintendo is back at it again with another Super Mario game announcement. This time around Nintendo has decided to release a new Paper Mario: Color Splash, which will only be available for Wii U. Colored Splash takes place on Prism Island, which has been drained of its color. Mario will use his paint hammer to restore colors while battling it out with enemies on his path.

Paper Mario: Color Splash will use the turn-based battle system found in the other games, but with cards that you can use to color things within the world. As you can see from the image above, Mario will be able to color the two famous characters Toad and Princess Peach. Nintendo hasn't revealed too much information about the game, but they did say it will be released sometime in 2016. Color Splash is the next Mario game following Paper Mario's debut with the Mario & Luigi series on 3DS earlier this year. More information will be released later in the year, so stay tuned!

Nintendo has recently released some footage on Paper Mario: Color Splash, which will be included below.


​
What do you think about the new game? Will you be playing it? Let us know in the comments below.