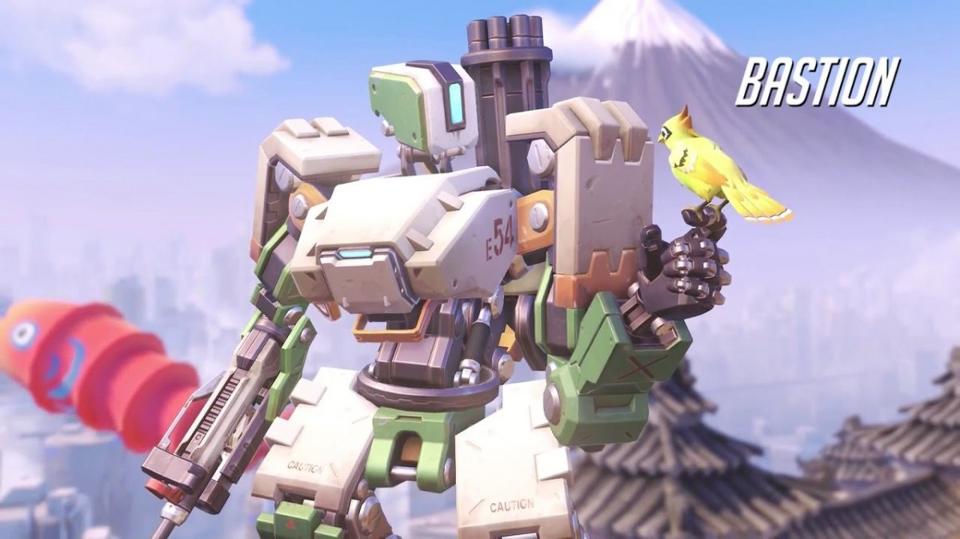 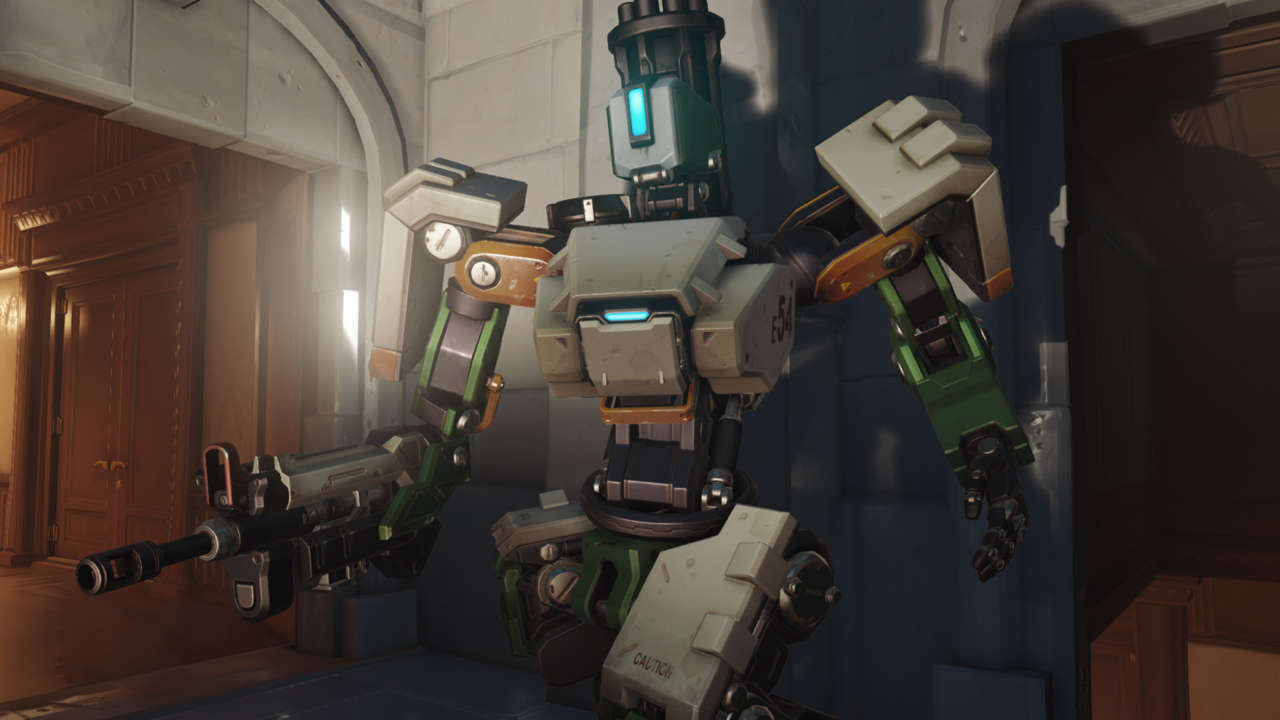 Patch notes have arrived for the latest update to Overwatch's public test realm, detailing a number of character changes and other new features. Most notable are the changes for Bastion. As discussed previously, Blizzard hopes to make the character more self-sufficient. Overall, he should now be more effective, although that doesn't mean every change is a buff. For instance, he can enter Sentry mode more quickly and has a larger magazine in that form, but his bullet spread has increased and he can't deal critical hits. His Ultimate no longer provides bonus armor, but being in that form (or Sentry mode) causes him to take 35 percent less damage.

Another noteworthy adjustment comes for Mercy, who now becomes invulnerable while casting her Ultimate. Players can also now adjust the targeting sensitivity for Guardian Angel and her beams--a change that's been added for a number of other characters as well. Furthermore, D.Va's Defense Matrix can now block projectiles regardless of the distance they've traveled; there's no longer a minimum distance they have to go before they can be blocked.

Eichenwalde has been tweaked so that the second gate doesn't close after the payload goes through the castle doors. Previously, reaching that point made it difficult for the attacking team to progress. By only partially blocking the door now, Blizzard says it "give the offense more entrance options, which should improve the map's overall balance."

Along with some bug fixes, this update introduces two recently announced features: a server browser for custom games and the addition of Capture the Flag to the Arcade. You can see the full patch notes here; we've also excerpted some of the major balance changes below.

You can try all of this out for yourself now on the PTR, provided you own a PC copy of the game. The PTR can be accessed by selecting the PTR: Overwatch option from the Region/Account drop-down menu in the Battle.net client. There's not yet any word on when these changes will make it to the live in the game on PC or consoles.

Developer Comments: The goal of these changes is to move some of Bastion's power from Configuration: Sentry to Recon, while keeping its sentry mode a strong option, especially versus tanks and barriers. Overall, Bastion should feel stronger and more flexible with these changes.

Developer Comments: Previously, there was a minimum distance a projectile had to travel before it could be destroyed by Defense Matrix. This made it nearly worthless in situations where an enemy was right next to your teammate, such as when Roadhog hooks your ally. This change removes that restriction so Defense Matrix should now reliably destroy projectiles regardless of how far they have traveled.

Developer Comments: Mercy's Resurrect has always been very powerful, but it often forces her to sacrifice herself to use it well. There have been changes in the past that attempted to help her in this area, but haven't done enough to solve it. This change means that once she uses the ability, she will always survive long enough to be with her team again.