Overwatch On Switch Is The Best Time To Jump In 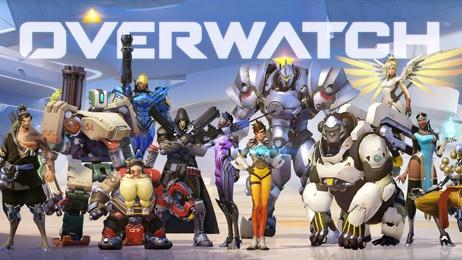 Following its debut, Overwatch quickly became one of Blizzard Entertainment's most recognizable brands, fueling the current obsession with multiplayer games known as hero-shooters. It's unsurprising then that, following the success of the fantastic Switch release of Diablo 3: Eternal Collection, Overwatch became one of the more requested Switch ports from fans. This sentiment turned out to be a relief for the developers at Blizzard, which, as it turns out, was already working on bringing the online hero-shooter to the Nintendo Switch.

Ahead of its release on October 15, I spent some time playing the new version of the game, while speaking with director Jeff Kaplan and lead producer Matthew Hawley about its development. Co-developed with Iron Galaxy, Overwatch on Switch has been over a year in the making. It not only keeps its fast-paced team-oriented competitive gameplay intact, but it also includes some new features that you can only find on the portable console.

One of the reasons why the Switch has been a great destination for ports is because it allows players to re-examine games in a new light thanks to the console's portability and flexible playstyle. On Switch, you can still play Overwatch on a monitor with a standard controller like its counterparts, but getting to play the game in the handheld mode made the shooter feel a bit more laid-back. What's also new to Overwatch are the gyroscopic motion-controls via Joy-Cons, which can be used in tandem with the traditional set-up. This new style was something that took some getting used to, but I eventually took to it after a few rounds. In a way, I felt more drawn into the game when playing in handheld mode and with the gyroscope controls. This relaxed and immediately responsive playstyle makes Overwatch on the Switch feels especially distinct. Speaking with game director Jeff Kaplan, he reflected on his first time holding the Switch, which made him realize that Overwatch was a great fit.

"It's been a project of passion. I actually waited in line to buy a Switch the day it came out, that's how much the platform meant to me," said the game director. "I remember getting my hands on it and going, 'Oh my God, we need to be here.' It's just a great platform. We've worked on this for over a year now, and after getting Diablo 3 out there last year and seeing that excitement, we're now launching Overwatch for the Switch. This has been the end result of that first excitement we had for the Switchback then."

At launch, Overwatch on Switch will have all existing heroes and content from the PC and console versions. Unlike the release of Diablo 3, however, there aren't any plans as of this time to include any Nintendo-exclusive items. The Switch version is an impressive port, but it was clear that some clear concessions had to be made to get it running on the more modest hardware. For starters, the Switch version runs at a mostly firm 30 FPS. When docked, the resolution is set at 900p, while undocked brings it down to 720p--with some slight moments of frame rate dips during heavy engagements. Kaplan stated that they're aiming to release new updates at the same time with other versions, however, unlike Diablo 3: Eternal Collection, the Switch release won't feature cross-progression, meaning players will have to start fresh within the new ecosystem.


This has been the end result of that first excitement we had for the Switch back then. -- Jeff Kaplan, game director.
​
One of the more unique aspects of Overwatch's outing on the Switch is the gyroscopic controls. Like Splatoon 2, which lead producer Matthew Hawley said was a source of inspiration from the team, you can use the Joy-Cons or Pro controller's motion-sensors to move the camera and line up your shots. In the options menu, I noticed that there were several options that could be tweaked to fit your preferences, which include enabling or disabling motion-aiming while using the camera control stick and adjusting the sensitivity of your aim. Of course, if you prefer to stick with the game's traditional set-up, you're free to disable motion controls entirely. According to the devs, gyroscopic controls was something they wanted to include in the port, and they collaborated with Nintendo to get it working just right.

"We actually have a designer on our team who is a big Splatoon fan and he really likes gyroscopic aiming," said the lead producer. "He detaches the joy-cons and kind of points one at the screen, in Wiimote style, and his level of precision just blows me away. It's pretty cool. There's no other platform that we currently have Overwatch on that has that kind of motion control, and Nintendo was really excited for us to try and implement it for Switch. There's a whole world of people that have never played Overwatch before because they only play on Nintendo platforms, so bringing in a Nintendo audience into Overwatch is really, really exciting for us."

In the dozen or so games I played, any concerns I felt about the game's technical shortcomings went away when getting into the thick of it. I anticipate it'll be tough for some players who are into the more competitive side of Overwatch to adjust to the scaled-back format, putting it in noticeable contrast to the high-resolution and 60fps gameplay from the other releases. In my experience, I didn't really mind the change. If anything, the relaxed set-up that the Switch offered made it all the more easy to get back into. Overwatch on Switch is just as colourful and hectic as its PS4, Xbox One, and PC counterparts, and I really enjoyed myself playing it.

As the Switch is seeing more ports of online-centric games, the arrival of Overwatch--which is a more accessible team-based shooter--is especially welcome. Still, I can't deny that it's disappointing that cross-progression isn't possible on the Switch. The newest release doesn't totally deviate from the original, yet, the more flexible and responsive playstyle, along with the opportunity to bring Overwatch with you anywhere makes it feel especially novel in comparison to other versions. With its release on October 15, I foresee this port being a great way for players, new and lapsed alike, to revisit the game in a more fresh and laid back way.