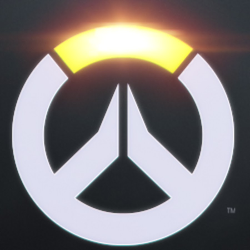 ​
Overwatch, Blizzard’s massively popular team-based shooter, will be free to play on consoles next weekend, September 9 through September 12. An Xbox Live Gold account will be required for Xbox One players. However, PS4 players will not need a Playstation Plus subscription to participate. PC play is not included in the free weekend.

All of the Overwatch heroes – a total of 22 – will be available for play. Likewise, all the maps will be open during the free weekend. The free party kicks off at 11:00am Pacific Time on Friday, September 9 and wraps up at 4:00pm on Monday, September 12.

If you need any assistance converting that into your local time zone, the good folks behind Overwatch have provided this handy map. 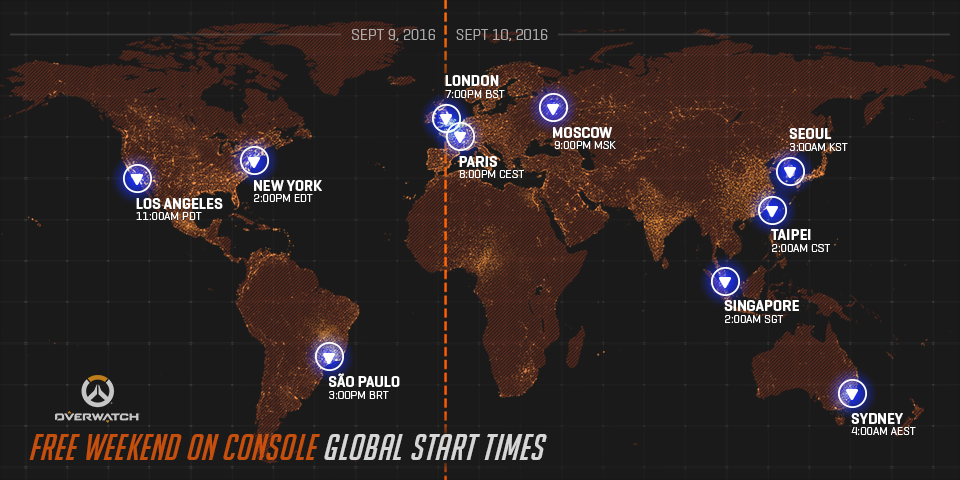 You’re free to level up and collect as much loot as possible during those 77 hours, but you’ll have to buy the game - known as Overwatch: Origins Edition - if you want to keep your progress. There doesn’t appear to be a restriction on how soon you have to pay up; Blizzard simply says your stats, items, and progression will be retained until your purchase the full game.

As of early August, Overwatch had over 15 million players over all three platforms. If you’ve been curious about the Overwatch phenomenon, clear your schedule for next weekend. Free play is the best way to learn if you like something, but it’s also the easiest way to get addicted. Consider yourselves warned.
About author