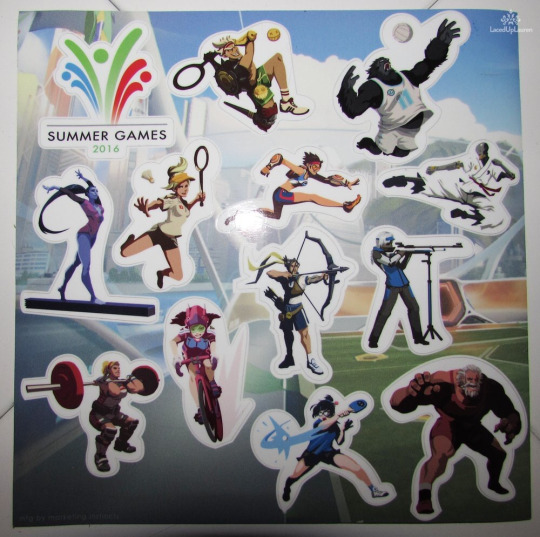 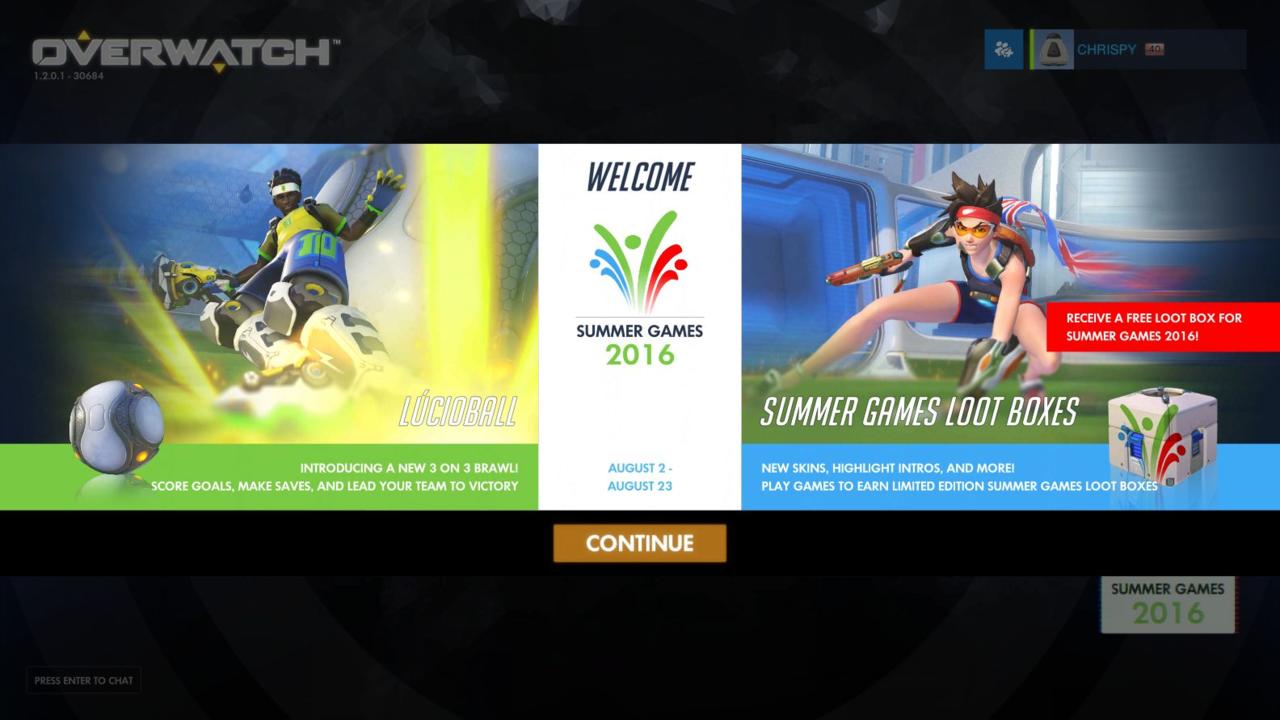 The 2016 Olympics Games are only a few days away, kicking off this Friday, and Blizzard has some festive plans to ring in the summer games. In this new DLC, the game will gain some new skins, a new map, and a whole new game mode to correlate with the Olympics. Loots will also be given a few tweaks for a limited time, with new poses, skins, player icons, and voices being part of the bargain, which are already in the PlayStation Store. Any Loot Box that's purchased will have a 100% chance of having something themed after this DLC, so nobody will be walking away empty-handed.

The most notable new feature is a new game mode that seems to emulate Rocket League. The game is called Lúcioball, and it basically plays the same as a game of futbol or Rocket League, only with a special Overwatch twist. The teams will be comprised entirely of Lucios, and the objective is to score as many times as possible in the four minute running time of the game. Understandably, you cannot shoot in this game, and primary fire will be replaced by a melee attack that is akin to punching which will advance the ball forward. Lucio's speed boost will affect only him in this game mode, so this ability is slightly more restricted. His ultimate, Sound Barrier, will attract the ball to him, rather than the admittedly useless effect it would have here in its pure form.

In addition to this new game mode, Loot Boxes will also receive a makeover for this three-week period. Inside these Loot Boxes are Olympic-themed skins, sprays, and icons. As previously stated, there is a certainty of receiving at least one of these per Loot Box, and you will even receive the first one for free upon booting the game with this DLC for the first time. More can be earned by playing or by purchasing them with money instead of credits. The new skins consist of very bright colors, mostly blues, reds, yellows, and whites. Everyone is dressed up for the summer games instead of combat. If you want to take a look through all of the characters' new skins, you can check them out here.

On the official Overwatch blog, Blizzard teased that this would be the first of many seasonal events with special Loot Boxes and skins, as well as new game modes and maps in the future. Nothing specific was mentioned, however.

Summer Games is live right now on Xbox One, PlayStation 4, and PC until August 22.
About author